Possible End of an Era 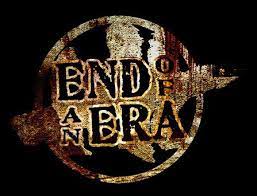 I have been trying to figure-out if and how to write this for the past several months, and I have just now decided to put fingers to keys.

I haven't published a new review since the end of January 2021. That isn't to say that I haven't been reading, or don't have a large selection of trades that have been read. I have tried several times over the past few months to sit at my desk to make the attempt to write, but nothing comes out.

I don't mean to sound crude, but I have been feeling creatively constipated, and this has made me consider the future of my blog.

There's a part of me that wants to blame the Covid-19 pandemic for my current state of a creative lull. It have been since September of 2019 that I have been able to go to a large-scale comic event. There hasn't been any opportunities to connect with the masses and get my geek on; so to speak. It's like I haven't had enough fiber in my creative/geek diet.

It also doesn't help that I tried to transition my blog into a podcast, but I don't feel confident in the recordings that I have attempted. I've resigned myself that either an audio or video podcast isn't in my future. I don't think video was ever a real option as I've always felt that I have a face for radio/audio and not so much for video.

At this time, Rose City Comic Con is scheduled for September, and I have submitted my application for a promotional table for my work with Comic Book Covers 4 Cancer. If that falls through, I hope to once again be included as a member of the press so I can cover RCCC again as I have over the past several years.

If I can find a remedy for the writers block and publish some reviews, I will. At the very least, you will see a my thoughts on RCCC in September with hopes that this will be the catalyst to bring me out of my slump.

To all of my loyal readers, I appreciate your support and I hope that I can come back from this. If there becomes a time where I feel like there's no coming back, I will make sure to let you know here first.

Posted by John "Zanziber" Rogers at 5:16 AM No comments:
Email ThisBlogThis!Share to TwitterShare to FacebookShare to Pinterest
Labels: Life, Opinion, the Universe and Everything
Newer Posts Older Posts Home
Subscribe to: Posts (Atom)