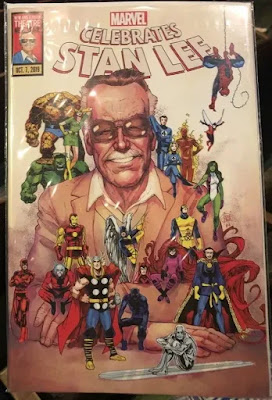 After reading the article posted by Bleeding Cool about Adam Kubert refusing to sign a comic, and the subsequent comments that I have been reading, I felt that I wanted to express my point-of-view on the matter.

When I was younger, our area had a comic book show where they would have bigger named artists sign for $0.25 each signature, and the collected money would go to charity. In these days, I received signatures from the likes of Fabian Niceza, John Romita Jr., and there were so many other notables from the 90's that made appearances.

I mention this because this was the beginning of my desire to collect autographs. I had no problem with that arrangement. Of course, we also didn't have things like eBay, CGC/CBCS or the internet either. I'll admit that while I collected these autographs for myself, I always kept the idea of being able to sell anything I received a signature on for the future.

I continue to collect autographs with this mindset, and I will explain why this is.

I don't have any children, and for most of my life, I have never had much of a desire to have any. So that means I have nobody to necessarily pass my collection on to when I leave this world. It's my intention that whoever is the bearer of my eventual estate have a relatively easy time in liquidating my collections should the need arrive. This is also why I work to get a certificate of authenticity for everything that is signed.

So I typically prefer to have items simply signed and not personalized. I have received some books that were personalized to me, but they have been rare. I have never regretted these personalized autographs, and I would never seek an autograph for immediate personal financial gain.

With that being said, I think it's fair to say that the only exception to my statement about immediate personal gain are books that I look to get signed for my non-profit, Comic Book Covers 4 Cancer. When I get an artist or writers autograph on one of the covers or blanks set to be auctions for #CBC4C, I make sure that they know up front.

At Rose City Comic Con this year, I actually had a chance to interact with Adam Kubert. I was getting a personal book signed and a few books for #CBC4C. Feel free to read about my experience here. I felt that he was very receptive to all the people that came to receive his autograph. There was one person ahead of me that I felt was only trying to get Kuberts autograph to make a buck, but that's only this mans opinion. Adam didn't balk at signing the items that this guy put in front of him, including a Marvel line-up poster that he had already received several autographs on it. 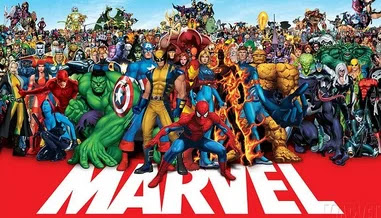 I support creator's right to refuse to autographs any item they feel like and I support Adam's decision to sign the comic provisionally. If I were in the situation where a creator suggested that they personalize what I have asked to have signed, I would be more than happy to accept. Even though it may mean a little inconvenience for someone in the future, I would cherish the experience.

Several years ago, at Emerald City Comic Con, I had an opportunity to meet Bill Willingham and get some of my Fables trades and single issues signed including my copy of Peter & Max. Willingham asked to personalize the autograph for Peter & Max, and I did not hesitate to accept. This was the same year that a guy in line ahead of me for Willingham unloaded a duffle bag full of Fables, Cinderella and Jack of Fables books for him to sign. If ever I saw a time where a creator maybe should have either suggested to personalize or decline to sign so many items for a single person, this was it.

In the end, I support whatever decision a creator takes when being asked for an autograph. If they feel that the person is just out to make a quick buck, and they don't approve. they should feel empowered to decline or suggest the autograph be personalized. There are many who are charging for autographs already, and even charging more if there is a CGC/CBCS witness present. If people want to try and make some money off of, they should be willing to pay for it.
Posted by John "Zanziber" Rogers at 6:59 AM
Email ThisBlogThis!Share to TwitterShare to FacebookShare to Pinterest
Labels: Opinion