8 years now, and making some changes 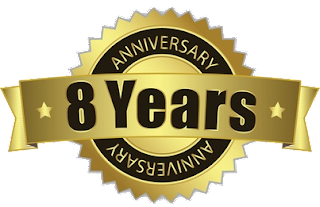 My biggest thrill is when I go to events like Rose City Comic Con and get to find vendors that have trades marked down to an incredible level. Buying trades for even less than what I would pay for them in a used book store is such a great feeling. Unfortunately, I have been looking at these opportunities as a collector and not just a reviewer. I've been cherry-picking for volume 1's of titles I've not read yet where most of the available stock are later volumes because they didn't fair as well as the first. I see this now as I write this article, and I am disappointed in myself.

Because of this shortage, I have been trying to find ways to branch-out to keep my blog interesting for you.

You'll notice that for several years I've been covering events around the Northwest as a member of the press. I've been blessed to be included in the past several Rose City Comic Con's, and this year I was fortunately to be able to cover the first Northwest Comic Con (now Oregon Coast Comic Con). As I'm writing this, I'm waiting to hear back from Eugene Comic Con (EUCON) to see if I'll be covering it as a member of the press.

I hope that the reviews that I've been posting for these events have been helpful to both the event coordinators and attendees. I would like to take some measure of credit for Rose City expanding to 3 days. 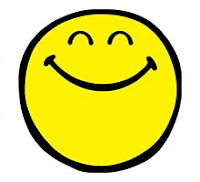 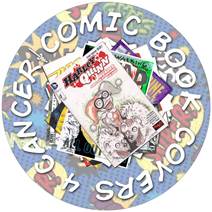 Looking forward to 2018, I'm planning on making a large push for Comic Book Covers 4 Cancer (#CBC4C). I'll be attending Oregon Coast Comic Con in March, and I'm going to try my hardest to get a table or booth at Rose City Comic Con. This will not only take a lot of my time to prepare, but it will also take additional resources (funding) to make sure I have enough to warrant having a table at both of these events. For Oregon Coast Comic Con, I have recently made an agreement with artist Neil Jorge to do a con exclusive print for CBC4C. I'm very excited to see what he comes up with. I'm hoping to do something similar for Rose City.

Going forward, I think I may also branch-out to start doing some interviews with people in the comics world. I'm inspired to try this because earlier this year, Warrior Innkeeper Creative publisher Benjamin Kreger interviewed me as part of a "Worthy Wednesday" piece for his Black Suit of Death #2 Kickstarter.

I'm still going to be writing my reviews, but they will only be published occasionally instead of on a regular basis like they used to be. This should be a huge issue to my loyal readers as this has been going on for the past year now... at least. I apologize for that, and I hope I've been able to make it worth the while with other posts.

Thank you all for your continued support. Please keep track of me here and on Facebook. Here's hoping for a great year 9!