I have been a fan of the John Constantine character for many years. I like that even though he was based in the Vertigo "universe", he would occasionally make appearances in the DC universe (pre New 52, of course). And when DC decided to pull him into the DC universe with the cape and mask crowd, they even gave him his own team; Justice League Dark. 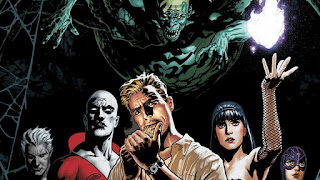 They were trying to make him more "mainstream" after the failed attempt with the Keanu Reeves movie back in 2005. With the relative success of DC's Arrow on The CW, and their attempt to bring Flash to TV as well, DC wanted to try and get Constantine on board as well. 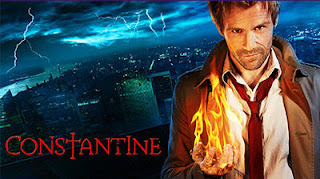 When Constantine went on its Winter hiatus, speculation grew about whether NBC would call for a full season or even opt for a second one. That's when I first saw the following image pop-up on my Twitter feed: 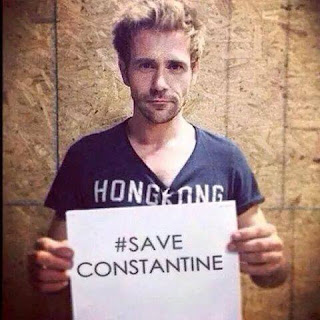 I don't know how many times I made posts on Facebook or tweets across Twitter with the hashtag #SaveConstantine, but I do recall tweeting before every west coast broadcast of the latest episode to try and garner support. As we all know... that didn't work as well as we would have liked. There was a glimmer of hope that Constantine would be picked-up by a cable network that could continue the story and include more of the elements of John Constantine that NBC left out for public consumption. That has apparently went down the drain.

Then Stephen Amell gave us hope when he suggested that Constantine might appear in season for of Arrow. When I saw the episode of Arrow with Matt Ryan reprising Constantine, it warmed my heart... but I still want more. With the occasional crossover between Arrow/Flash, and the idea that there could be a crossover between Flash/Supergirl, I hope we can see Matt Ryan again in the DC universe shows.

In January 2016, Fox is going to have their new show Lucifer. I haven't read too many of the Lucifer trades, but I think John Constantine would be great popping-up there a time or two. This would be right up Constantine's alley. 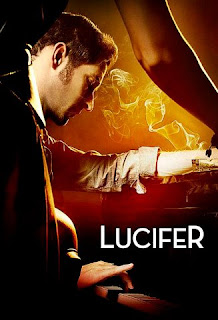 Let's keep some hope alive and help to #SaveConstantine.
Posted by John "Zanziber" Rogers at 8:41 PM
Email ThisBlogThis!Share to TwitterShare to FacebookShare to Pinterest
Labels: Opinion