When I heard that someone was working on another comic event for Oregon, I was thrilled. When I learned that one of the first guests that was going to make an appearance was going to be Larry Hama, I was ecstatic! I reached-out to the director, Royce, and he happily provided me with press passes for his first event.

The day before the event, I learned that Larry Hama wasn't going to be able to make it due to health concerns. As my loyal readers know, I primarily go to these events to expand my autograph collection. I had already gotten everything I own from Randy Emberlin and Ron Randall signed, so I made the decision that I was going to EUCON without the usual autograph agenda. I think that helped me to enjoy myself more.

When I arrived, there was a HUGE line of people waiting to get in. It was incredibly fortunate that the weather had decided to be nice for Saturday. I tried to find any event volunteer to help me with some questions outside, with no luck. Fortunately, we easily made it inside and got our wristbands. (I found out later that if we had arrived when the doors opened, we might have been able to receive a great looking bag from Dark Horse.)

The Lane County Event Center is small compared to other similar events that I've attended, but the layout was well designed. Even though there were a large number of people attending, it never felt as crowded as Rose City Comic Con or Emerald City Comic Con.

Since my autograph collecting was being put on hold for this event, there was an exclusive Deadpool variant that was being offered by one of the vendors; Dr. Hogan-Berry's Extraordinary Emporium. That was my first stop, and now I have the both Rob Liefield variant covers and the print that came with. 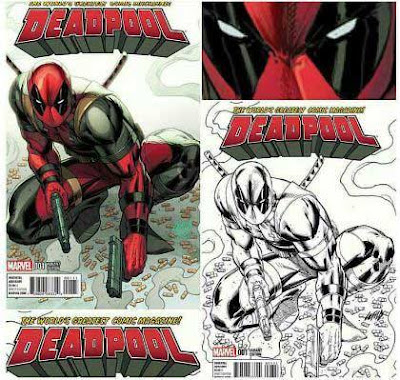 As with any event of this nature, I also wanted to make sure to stop by some of the wonderful artists that have contributed to my non profit; Comic Book Covers 4 Cancer.


At EUCON, artists AnnMare Grove, Shawn Cruz, Ron Randall, Randy Emberlin and Randy Kintz were all in attendance for the inaugural event. From the feedback I received from everyone, the energy was positive all around. I heard the exact same message from other who attended.

My only problem with the entire event would be the MC. I'm not sure why people feel the need to have someone talking loudly into a microphone in a confined space would be a good thing. Another issue I have with the MC is that his voice had so much bass in it that it made it incredibly difficult to hold a normal conversation. My recommendation would be to either not have an MC, or at least limit the time they are actually on the microphone.

I did also manage to pick-up a few new prints for my collection from Mercenary Studios.

I was also fortunate enough to find a few trades to add to my collection. Good thing too since I'm starting to run out of them to read and review.

All in all, the event was great, and I'm looking forward to next year. Depending on how things go over the next year, maybe I'll work to get a table for Comic Book Covers 4 Cancer.

The best thing that happened was something I hadn't planned on at all. It seems as though my best friend and photographer was a huge fan of "Hacksaw" Jim Duggan. I have never seen her geek-out so much before. She decided that she would get an autograph and photos from him.

While we were standing in line waiting, the guy just in front of us purchased the last 2 pieces of 2x4's that Duggan brings with him to sign. When we got up there, Rita asked if he happened to have any more to sign. His assistant checked behind the curtain, and there was 1 last piece. It was fate telling us that this was meant to be. It was a great feeling to meet him. 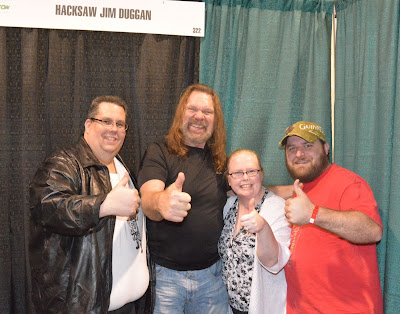 I want to extend a big "THANKS" to Royce for allowing me the opportunity to come and review the event. I wish EUCON continued success over the years. Here is what was posted about the number of attendees for the first annual event. It can only go up from here! 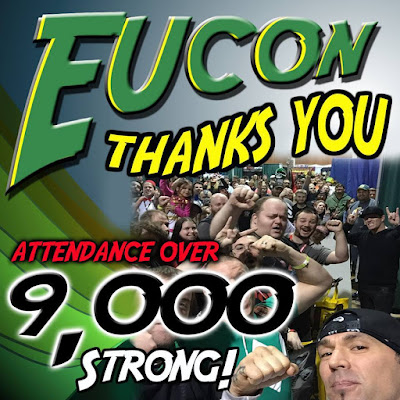