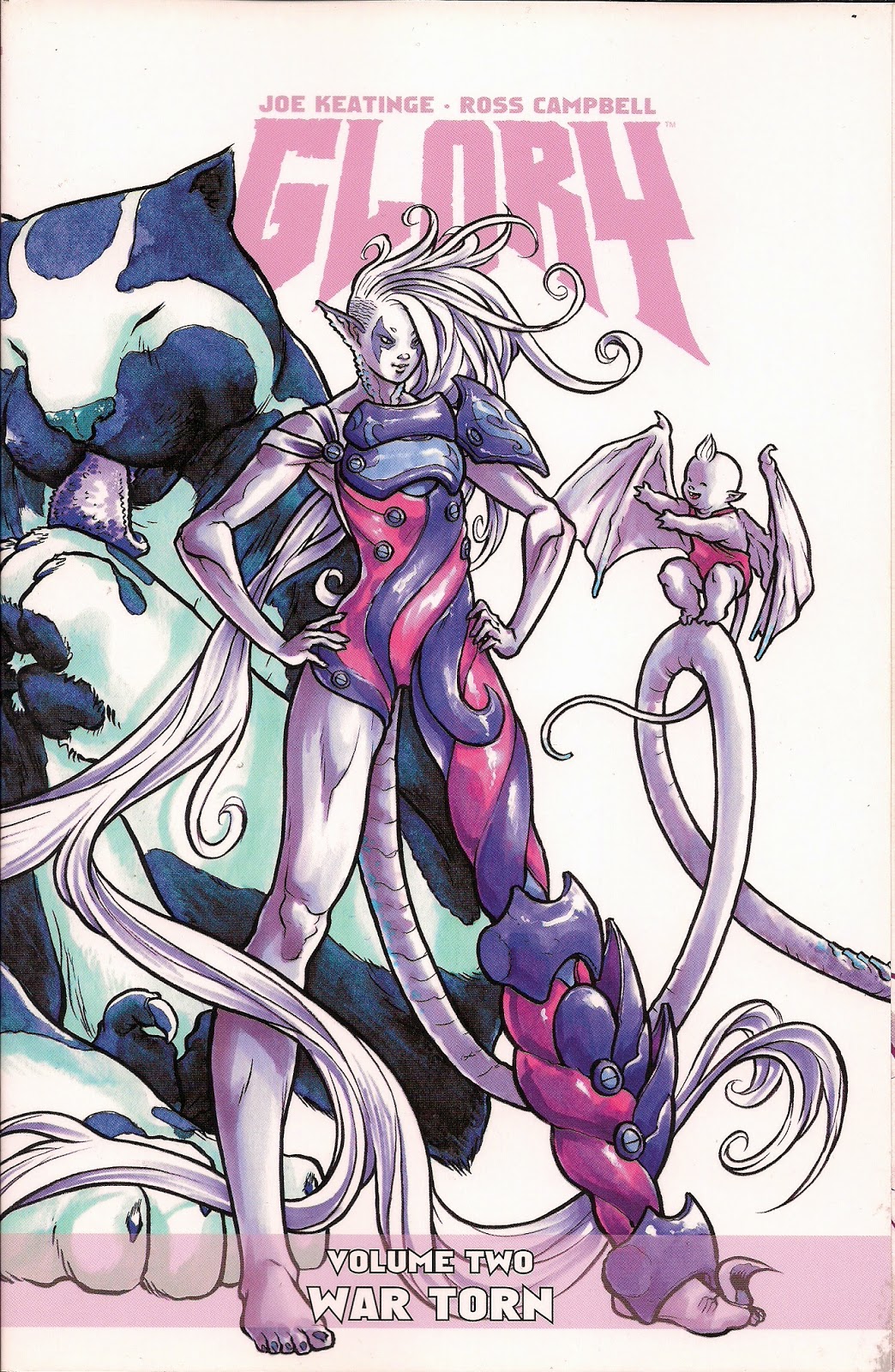 Joe Keatinge and Ross Campbell’s “reboot” of Glory hasn’t received the plaudits that Brandon Graham and his rotating cadre of artist collaborators have on Prophet, but I’d contend that it stands as a very strong second place among the recent relaunches of various Extreme Studios properties. (Besides Prophet and Glory, other Rob Liefeld titles from the 1990s “Blood-Blood” era that have been revived in the last two years are Avengelyne, Supreme, Youngblood, and Bloodstrike.)

Keatinge has managed to streamline the eponymous protagonist’s somewhat convoluted continuity and focused her narrative on exploring Glory’s character and her relationships as well as her role as a reluctant soldier from another world, forced by circumstances to become the Earth’s protector from a catastrophic alien menace.

Ross Campell’s art is dynamic but never confusing, and he has a talent for rendering facial expressions and making even talking head sequences visually interesting. Campbell and guest artist Ulises Farinas—who contributes his line work in a number of key flashback sequences—turn in some impressively detailed action set pieces that wouldn’t look out of place in a Les Humanoids or Heavy Metal sci-fi epic.

In a December 2012 interview with Comics Alliance, Keatinge stated that the original intent was for his and Campbell’s run on Glory to last some 70 issues. For various reasons, that was truncated to 12 issues, leading to an abrupt climax and dénouement. All that being said, I wouldn’t have known from reading the comics alone that the creative team was caught somewhat by surprise at the radical abbreviation of their run.

Whether by design or by accident, I found the ending to their run to be particularly poignant and satisfying. Keatinge and Campbell’s Glory run is an excellent read, a sterling example of quality work-for-hire comics in the “indie” milieu, and should be sought out by those interested in both an excellently-realized, sci-fi-tinged revamp of a fringe super-character and a thoughtful interpretation of the tropes associated with the female superhero.
Posted by John "Zanziber" Rogers at 6:00 AM
Email ThisBlogThis!Share to TwitterShare to FacebookShare to Pinterest
Labels: Reviews