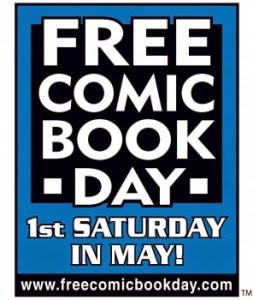 This was the first Free Comic Book Day that I felt like I got much accomplished rather than just hitting my LCS for some great books and signatures. As always, I spent it down at Tony's Kingdom of Comics and Collectibles... and he outdid himself this year!

It helped that the Radio Shack that was located next door to Tony's shop had gone out of business, and he was able to utilize that space for several artists like Shawn Cruz & AnnMare Grove from Corrosive Comics and Ryan Alonzo of Alonzo Art... all 3 of whom are contributing artists to Comic Book Covers 4 Cancer. Also, Tony was able to display a number of different silent auction packages which included so many items donated by either Tony or local businesses as well as Cherry City Comic Con, Northwest Comic Fest and Rose City Comic Con!

As always, Tony also had an area for food donations to the Keizer Community Food Bank and the proceeds for the silent auctions are going to the Shriners Hospitals for Children. There was also an area setup for people to take their pictures with members of Star Wars Oregon and the Portland Superheroes Coalition.

Of course, the one thing that really draws people into any Free Comic Book Day events are the free comic books. Tony had that covered in spades, including a donation of trades from his friend at Things From Another World. 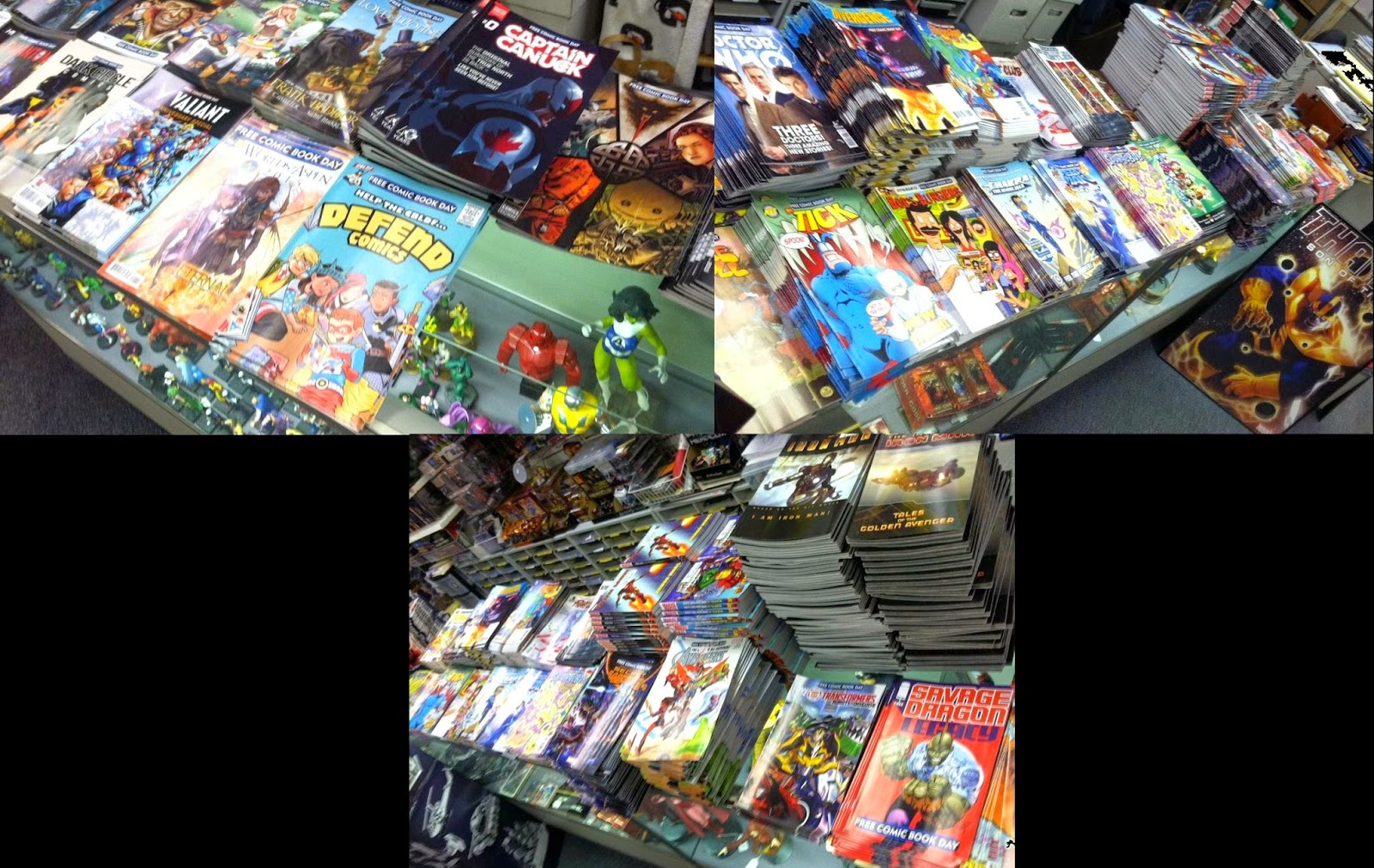 On top of all this, Tony also had comic book artists Ron Randall and Gary Martin in store to sign. I was fortunate enough to pick-up a copy of Gary's book "The Art of Comic Book Inking" which I have wanted for years and we're going to try and connect to have Gary on-board as a contributing artist to Comic Book Covers 4 Cancer as well.

Ron, on top of all the Trekker comics and his latest work on Convergence: Catwoman for him to sign, also had his latest contribution to the CBC4C cause. I'm incredibly happy to have found so many supportive artists in the local area. And... so you're not frustrated with wondering what Ron's cover looked like... here you go: 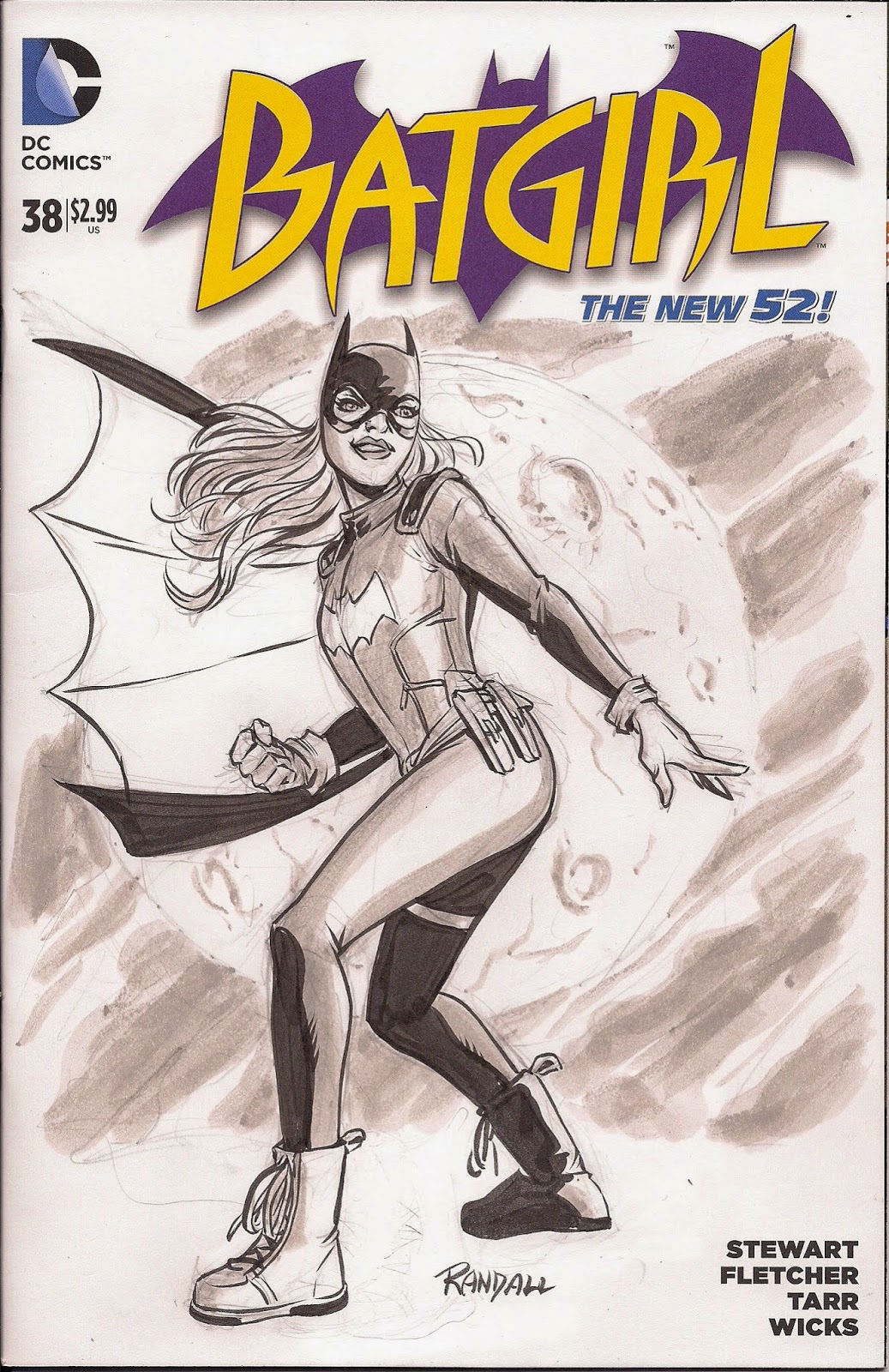 Casey Ocupe also was supporting FCBD as well as making sure to spread the word about this years Northwest Comic Fest in August. He was selling tickets to Comic Fest as well as his signature masks. 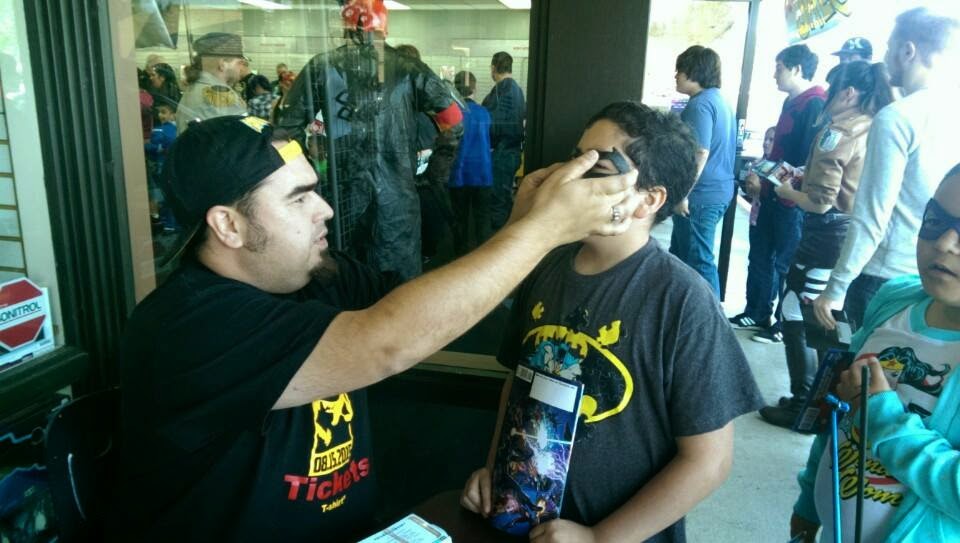 On the Wednesday preceding this years event, Tony contacted me an suggested that I could setup a table to help raise money for Comic Book Covers 4 Cancer. Even though I had other plans for the day, I made sure that I could take advantage of this great opportunity to help continue to spread the word about CBC4C and hopefully raise some money to get us ready for our table at NW Comic Fest in August.

When I was leaving the store, I wanted to make sure to touch base with Tony to let him know that I would try to make it back before the store closed to pick-up the brochures, business cards and donation jar. He informed me that his intentions were to keep the donation jar in the store in hopes of being able to generate additional resources for our cause.

I'm not too proud to say that Tony's gesture nearly brought tears to my eyes. Tony has been the greatest supporter to our cause and I only hope that I can measure-up to what he has done for CBC4C and the entire community.

For the time that I was able to spend down at Tony's this FCBD, I could feel the positive energy from everyone. I saw a lot of familiar faces alongside new faces. It felt good to be a part of it all and I can only imagine what will be in store for next years event. I'm already counting the days.


Thank you Tony!
Posted by John "Zanziber" Rogers at 7:22 AM
Email ThisBlogThis!Share to TwitterShare to FacebookShare to Pinterest
Labels: FCBD, Tony's Kingdom of Comics