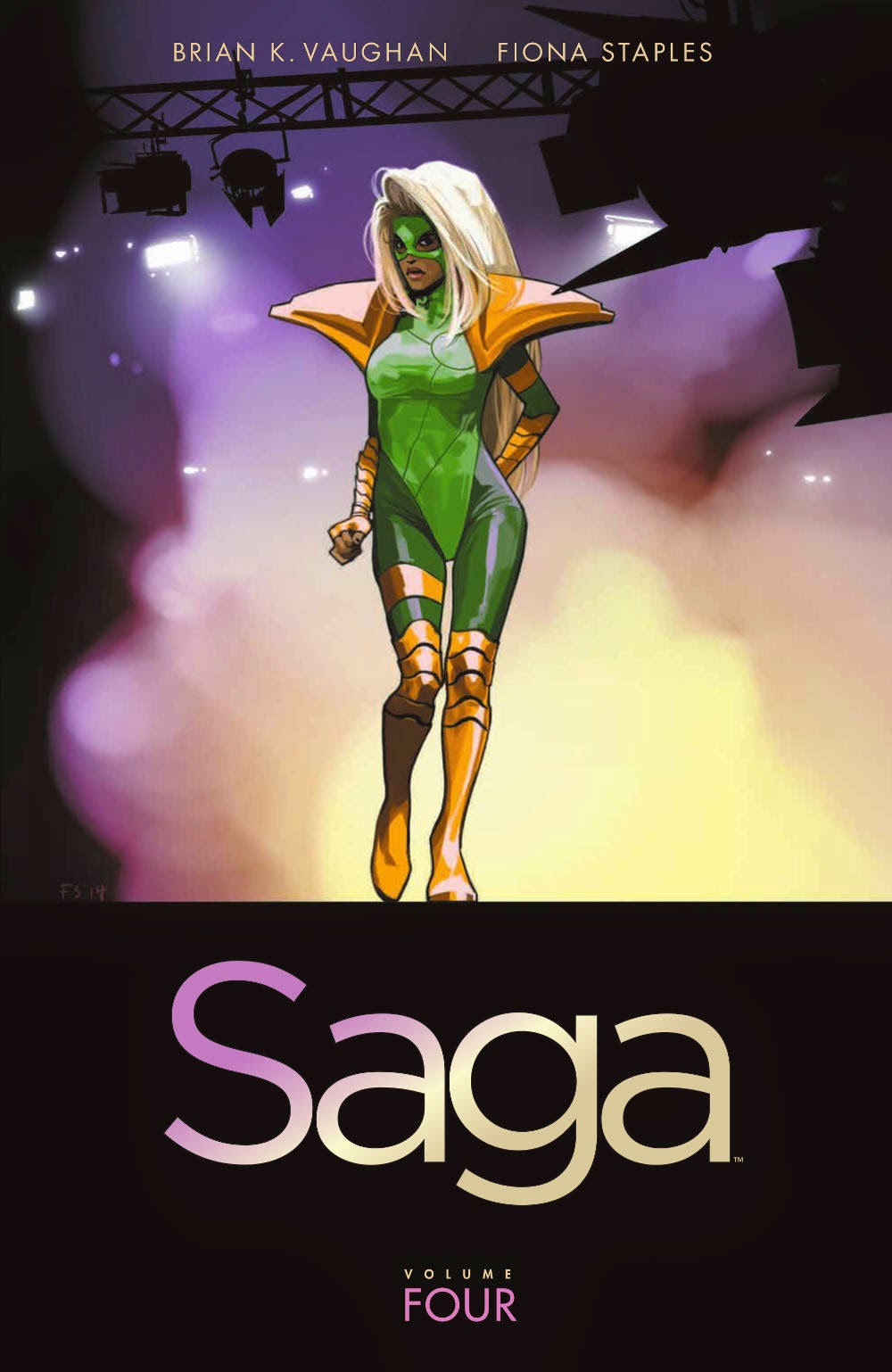 Whether you've been reading Saga for years or just discovered it (perhaps by means of the recently published deluxe hardcover collecting volumes 1-3), one thing we can all agree upon is that there just isn't enough of it.

For Saga is a story with a lot of moving parts -- subplots involving so many characters, none of them perfectly villainous and yet none of them entirely lovable (much like the rest of us) -- and each story is twisted around the others, so that each time the plot advances, we have to go catch up on all the other characters, all doing their perverse and decadent and violent and loving things, and by the time we're completely engrossed in their stories, well, it's time to move on again.

As with the previous volumes, Saga Volume 4 is a visual feast. The word "surreal" gets tossed around a lot, but Fiona Staples does surreal with enormous style and gusto, going beyond the merely weird, making sure that there's enough real in her surreal imagery that every kick, bite, and punch (and kiss) gets us in the guts.

Cyberpunk is a visual medium with precious few great visuals. There's a lot of warmed-over Akira and Blade Runner, a little Wachowskis and a little Jodorowsky/Jodorowsky, but not much else that manages to conjure up whole new aesthetics out of the memes and tropes that have faded through repetition.

Fiona Staples has created a new, powerful visual idiom for sf, one that translates seamlessly into the real world, but that is unmistakably unreal (the reveal of Prince Robot IV's father just floored me -- I can't wait to see that cosplayer!).

As we dig further into the Saga story, and into all the battles being fought, it continues to blend social satire and commentary with romance and war comics, and continues to surprise with new moves and fresh ideas. I can't remember the last time I was this excited about a comic.
Posted by John "Zanziber" Rogers at 6:00 AM
Email ThisBlogThis!Share to TwitterShare to FacebookShare to Pinterest
Labels: Reviews