Star Wars: Episode III - The Revenge of the Sith 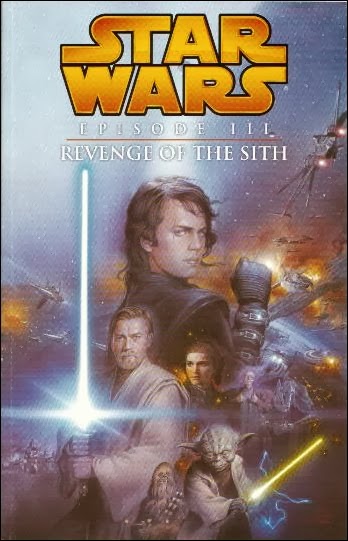 Star Wars: Episode III - The Revenge of the Sith

When reviewing these comic book adaptations, I'm trying to review the adaptation but, inevitably, how well it works will also depend a lot on the source material. That is, I think this is one of the better comic adaptations...but a lot of people would argue the Revenge of the Sith was one of the better movies (at least of the prequel trilogy), so the comics folks are working with more compelling material. The prequel trilogy had the fatal flaw that it didn't really have a compelling "hero" -- the story more focused on anti-hero Anakin's transformation into villain Darth Vader (which, itself, wasn't especially intriguingly teased out). But neither Anakin...nor Obi-Wan, nor most of the characters, were really that compelling. But the third movie, by focusing on the machinations, and the culmination of plans, at least works more effectively as a plot-driven story. And, with that being said, does generate some emotional moments of suspense, and tragedy.

I also tend to try to review these comics from the point of view of how well they tell the story regardless of whether you've seen the movie -- something that, admittedly, is hard to do (since I have seen the movies). But in this case, though I had seen Revenge of the Sith, I hadn't seen it for a while before reading this, and I found the comic reasonably coherent and comprehensible. (And for a second reading it had literally been years since I saw the movie). There were a few scenes here and there that might be a bit confusingly staged, but in general, I think writer and artist capture the flow of the narrative well.

The art style keeps evolving from adaptation to adaptation of these prequel films, from the effective but Spartan-lined style of the Phantom Menace, to the more detailed and shadowed look of the Attack of the Clones, to this, which goes for a more stylish, painted look, as though colorist Chuckry is coloring over Wheatley's original pencils. It gives the book the most lush and ambitious visual look of any of the comic adaptations. Granted, the art can seem a bit stiff at times, but in general it works more than it doesn't. The likeness of the actors are captured well (including Natalie Portman, who in an earlier book I commented seemed to be tricky to evoke), and though there is some bland composition, at other times, Wheatley does capture some effective mood through his visual choices, his close up and angles. As with all the comics, there's actually probably a bit more visual mood in the comics than the movies generated.

Like with Dark Horse's other Star Wars movie adaptations, this sticks pretty faithfully to the source, making this, perhaps, more a translation to comics than an adaptation. Scenes and dialogue adhere pretty close to the source, with one or two minor changes -- such as having Count Dooku lose only one hand in the opening battle (which, I think works better, as does his more emotive expression).

Ultimately, as I say, reviewing these is a bit tricky as there are different factors to be considered: is it enjoyable on its own? Does it capture the source material? If so, are you really reviewing the comic...or the movie? Etc.
Posted by John "Zanziber" Rogers at 6:00 AM
Email ThisBlogThis!Share to TwitterShare to FacebookShare to Pinterest
Labels: Reviews