This year was a bit difficult for me, and I almost didn't go to RCCC... but I'm glad I did. When I first arrived, I had a "plan of attack". When I saw Gail at the Dark Horse booth, all that went out the door. I had a bit of a fanboy moment because I have been waiting a long time to get Gail's autograph on my Batgirl action figure. I had also been pushing for months to get her signed to the event via Twitter. I'm very thankful that Dark Horse was able to bring her in on the day I was there.

I did ask how she felt with who is taking the reigns for Batgirl and she commented that she feels like it will be in good hands. I look forward to continuing to follow her work. 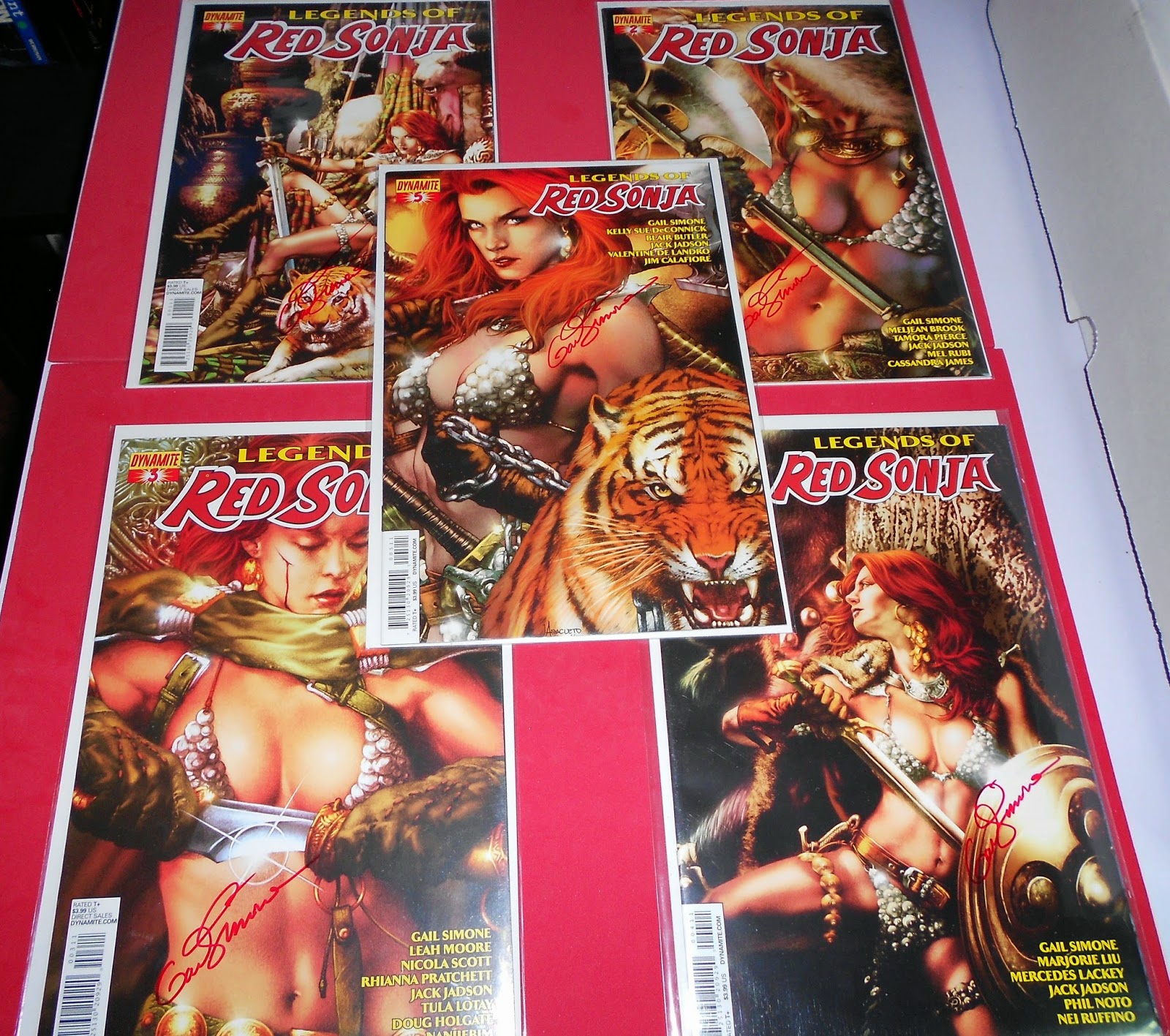 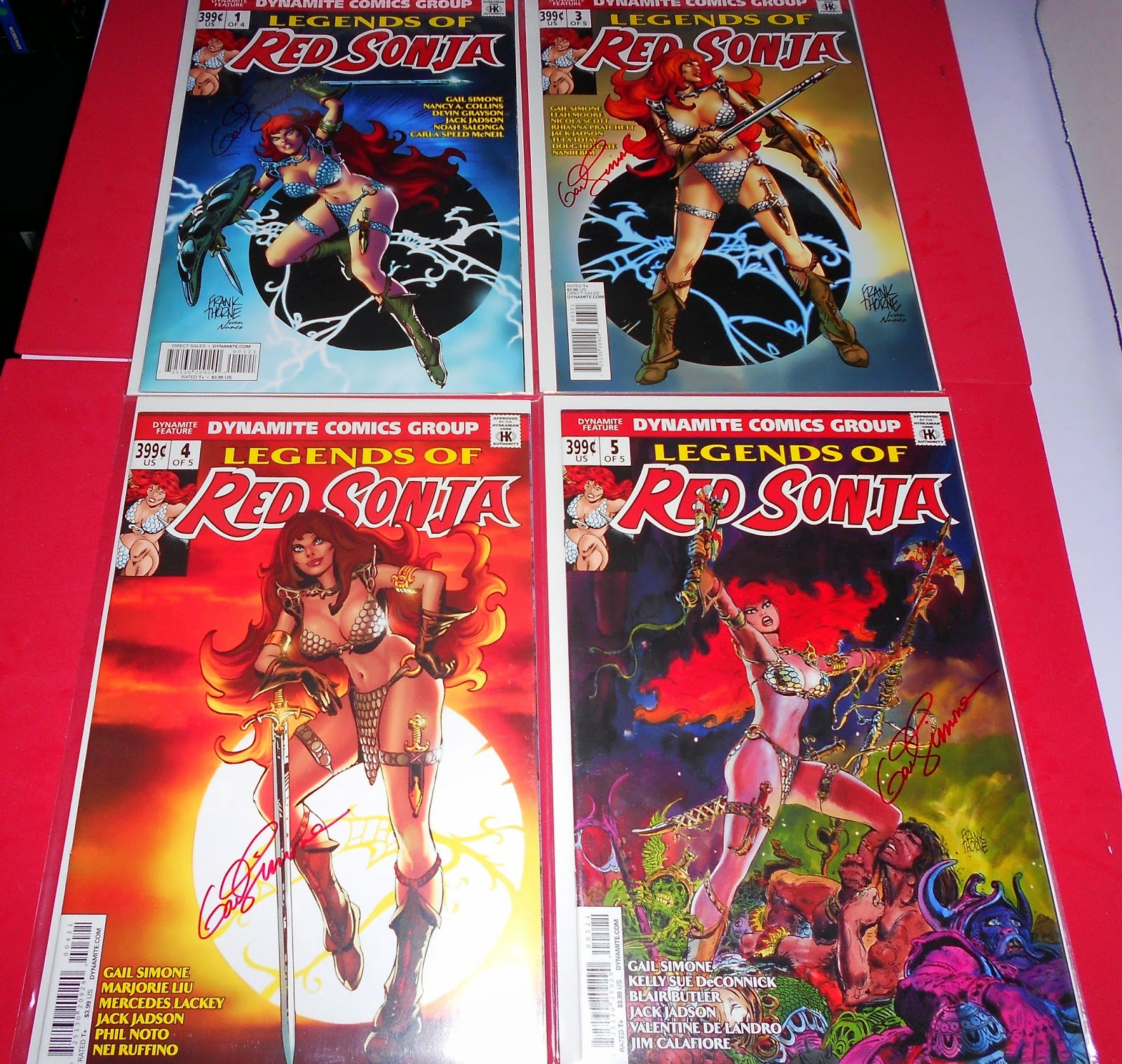 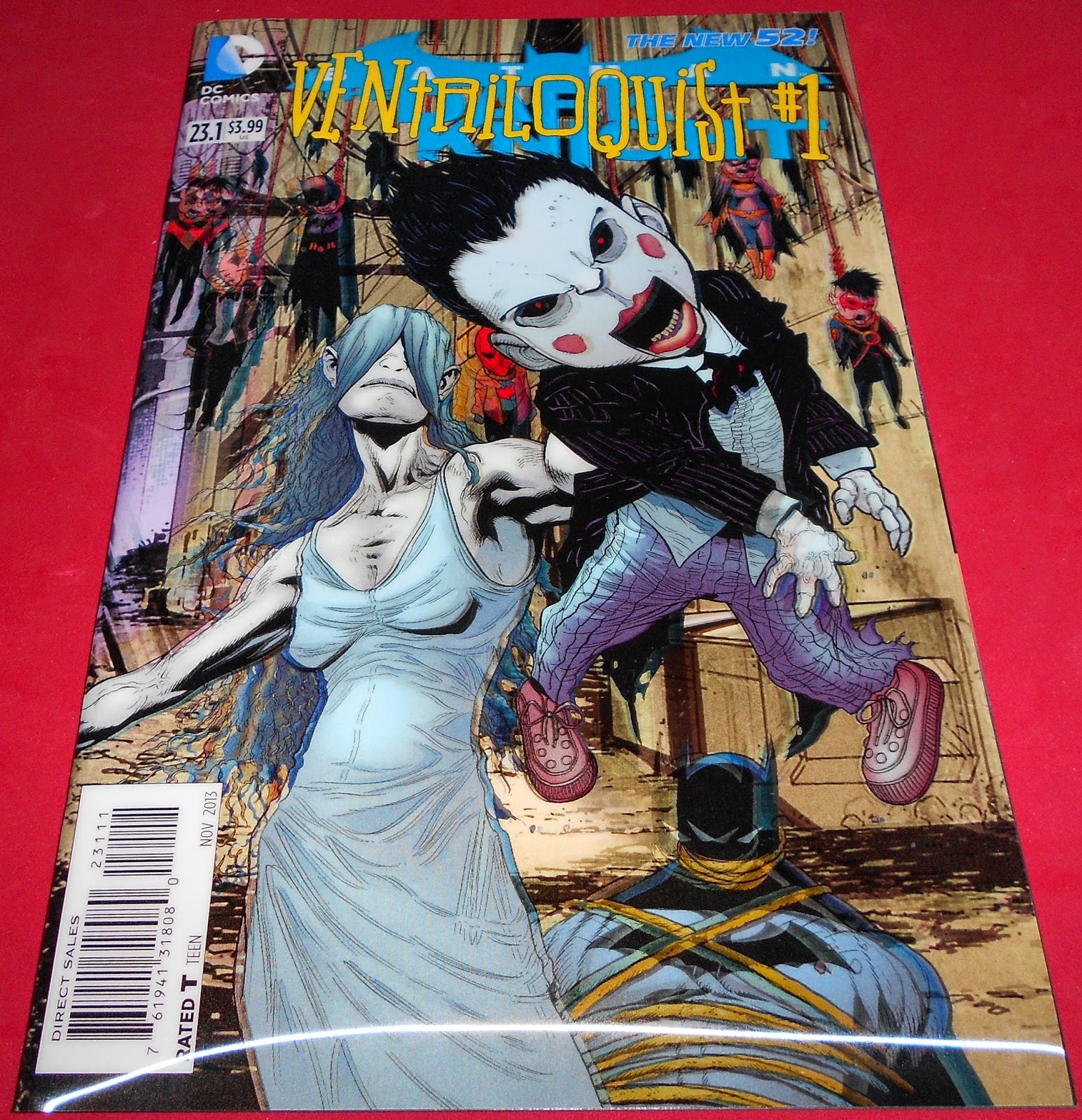 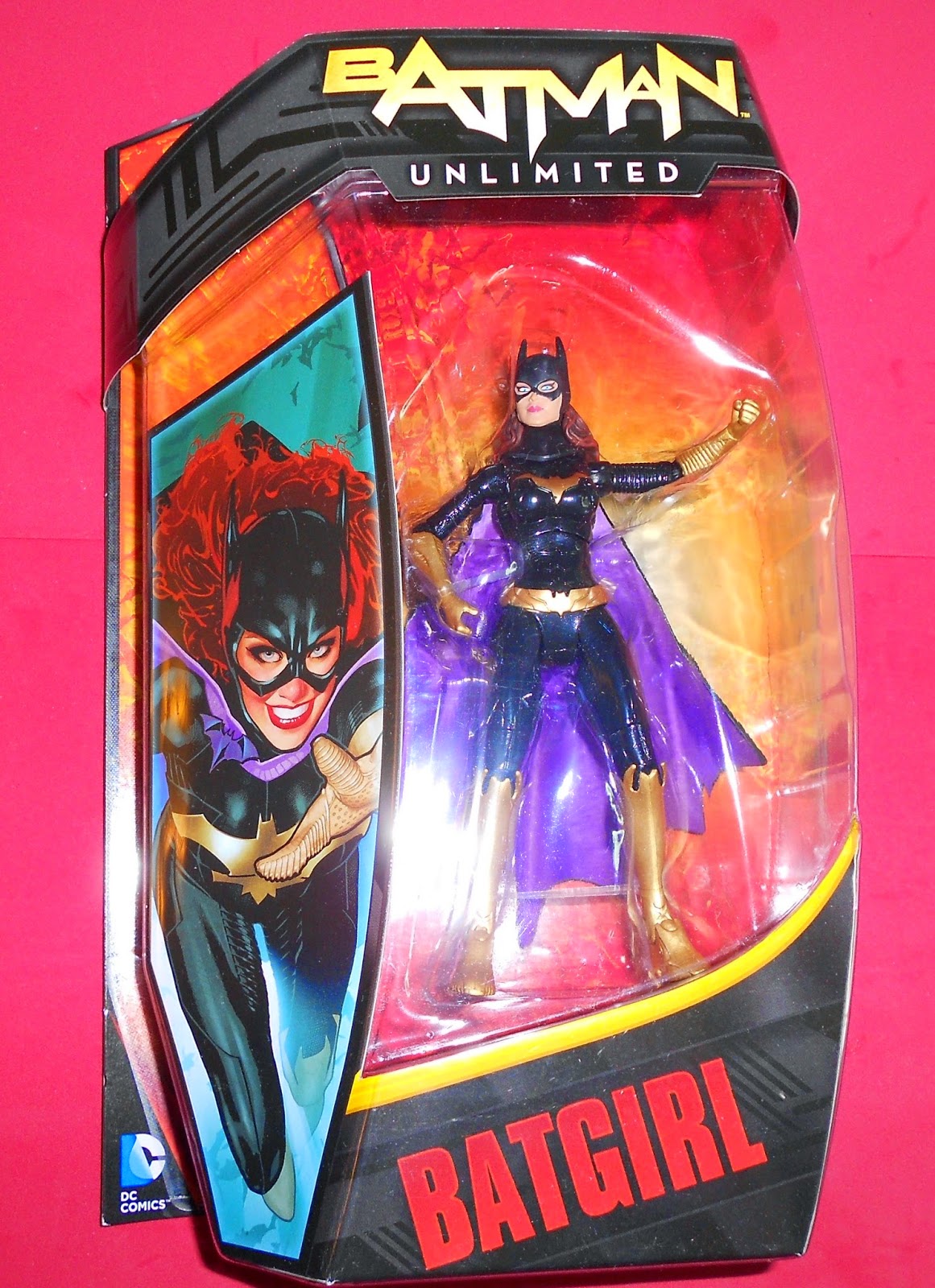 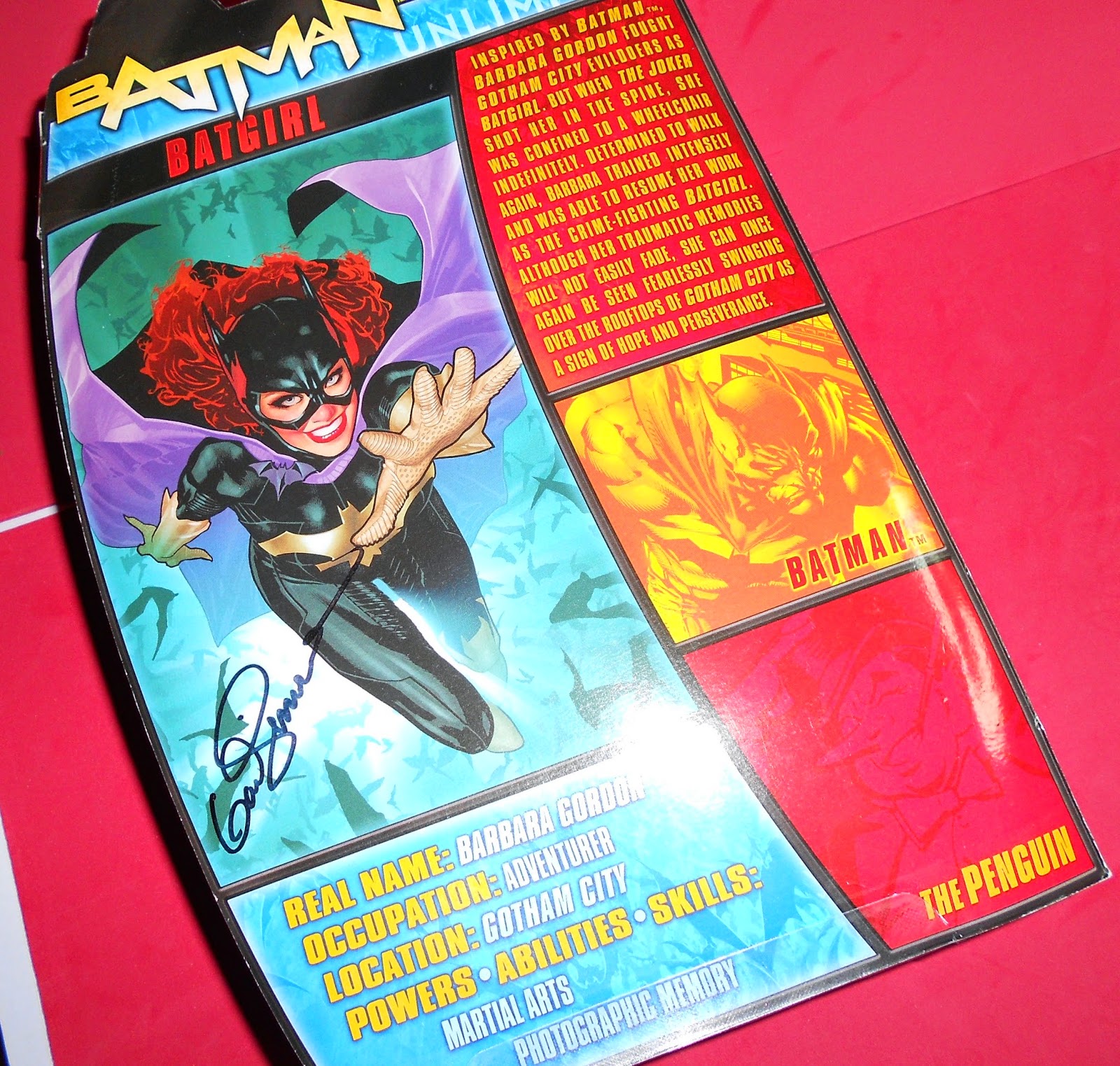 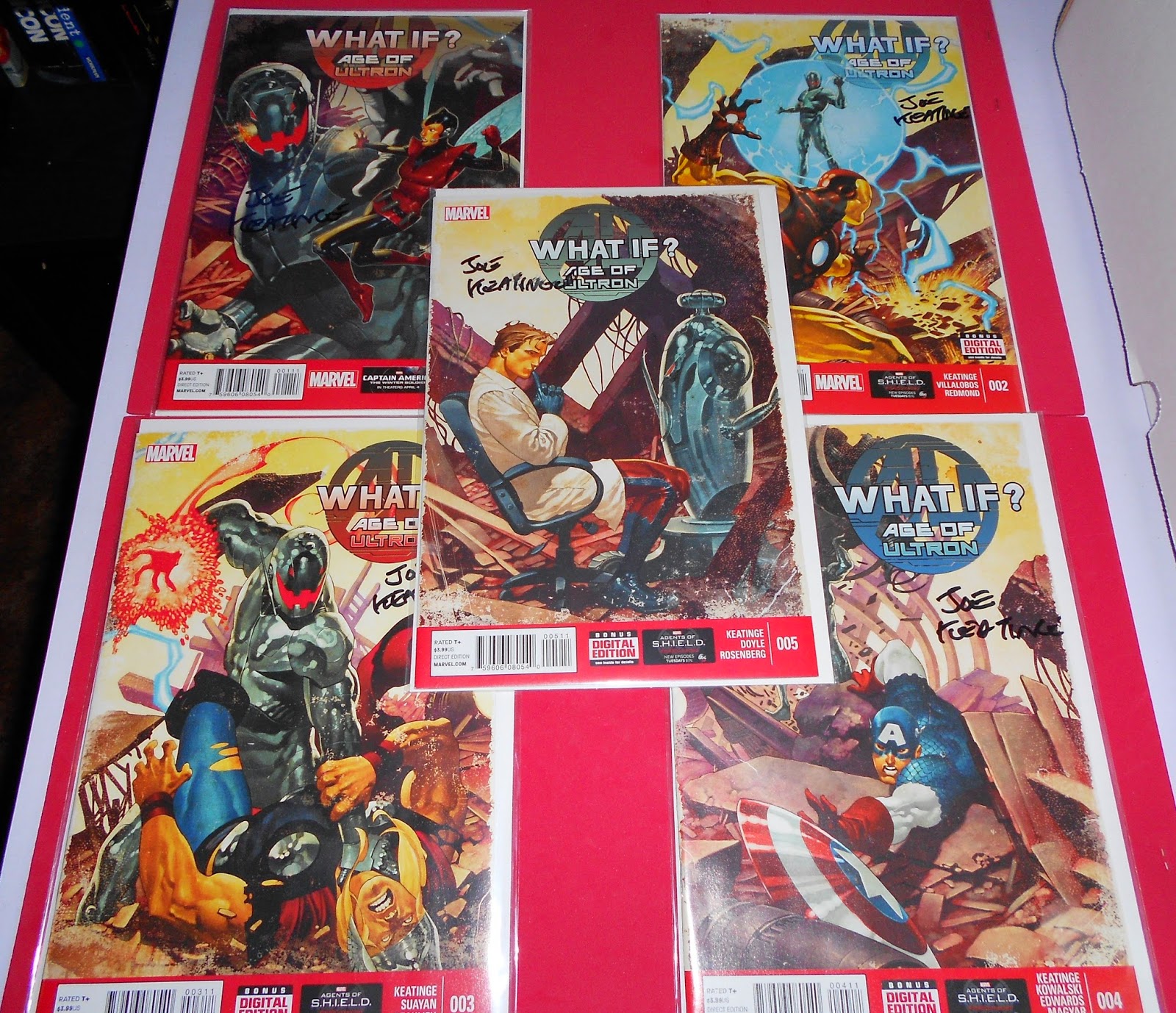 Since this years Emerald City Comicon, I have been trying to track down a copy of Joe Keatinge's Morbius trade. Via Twitter, he graciously offered to bring a copy he had available for me to RCCC. As I mentioned before, I didn't have money for this con, but I managed to make sure I had enough to get this from Joe. Now, everything I own that he's written have his signature on them. Such a good writer.

Other than Glory, I haven't had the opportunity to read any of Joe's work for Image... but I'll be taking a look when I have fewer trades on my "To Read" stack. 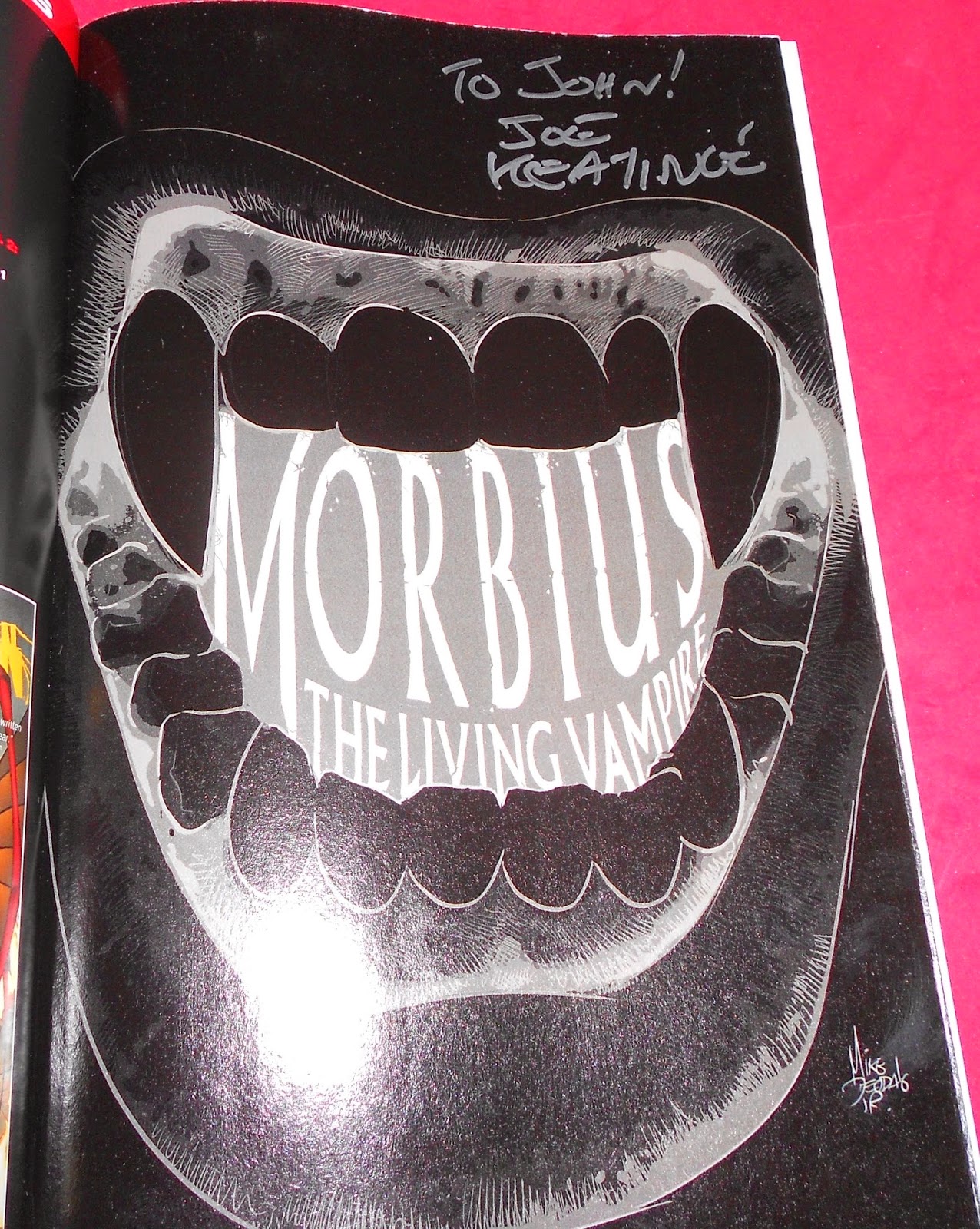 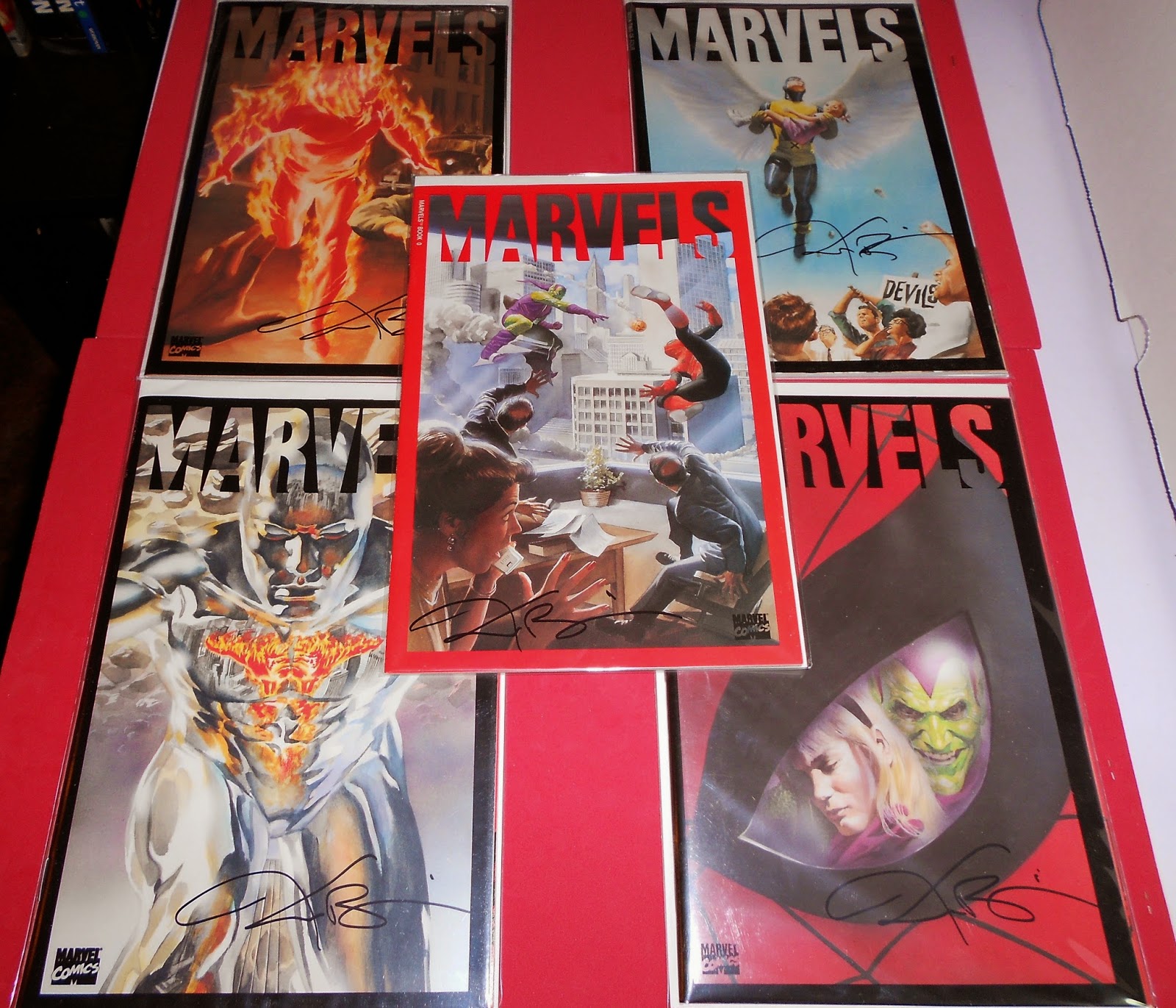 Several years ago, I had the full collection of Kurt's Marvel storyline but they have since been sold off in a time of my life where autographs didn't mean as much to me as they do now. Thankfully, I was able to procure the set again and Kurt was kind enough to sign them. 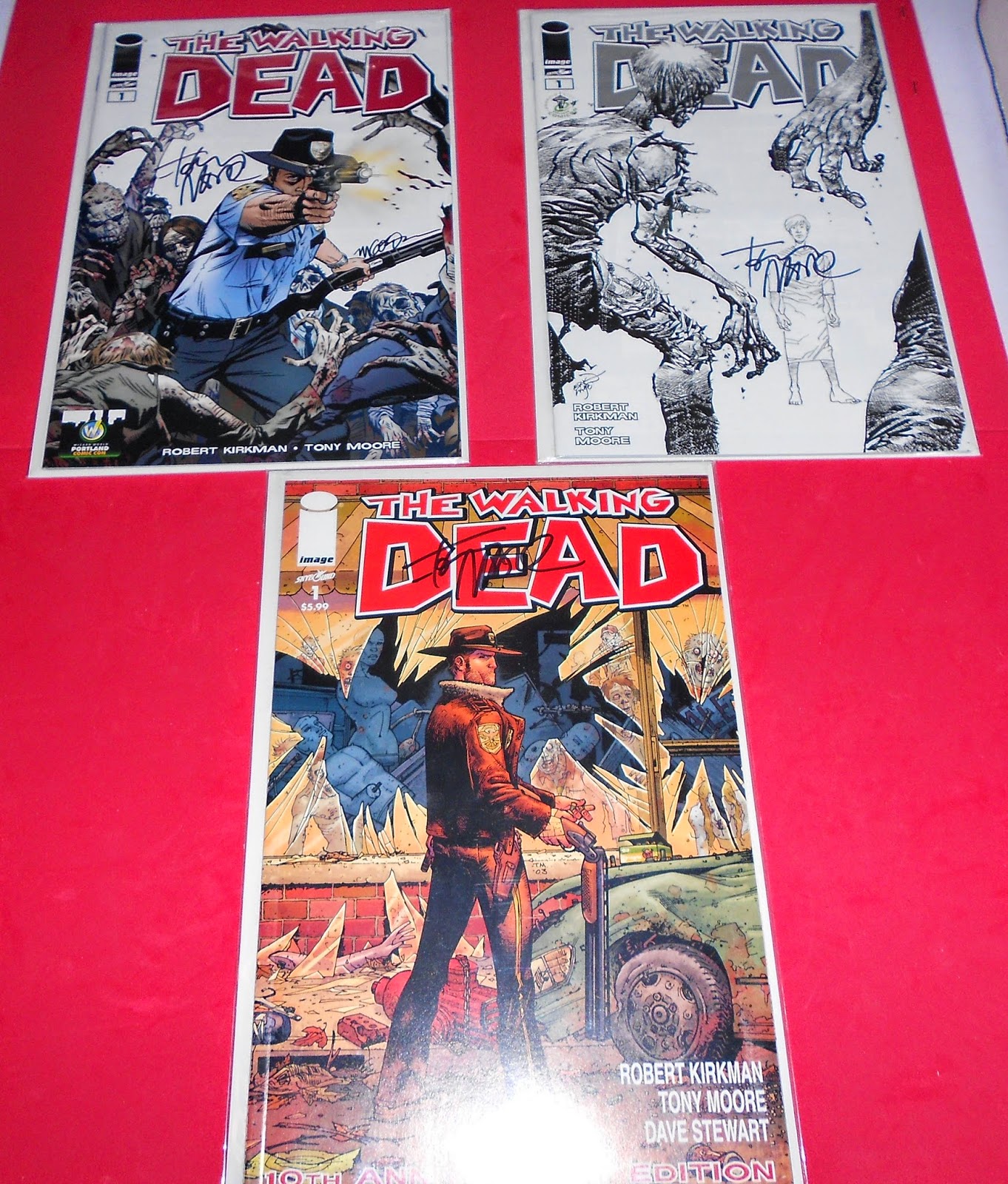 When I first heard that Tony Moore was going to be attending Rose City Comic Con, I picked-up the 10th anniversary Walking Dead #1 and made sure I had a few copies of the exclusive from Emerald City as well. I was well stocked with Walking Dead for him to sign for my collection, but when I arrived at his booth, he was charging $5 per signature. Since I didn't have much money budgeted for this con, I was only able to get 3 of the books I brought signed. I'm a little disappointed, but I'll get over it. The only other artist I have run into that has charged for his signature was Brian Pulido last year at RCCC... but I was able to get about 15 books signed for $20. Oh well. 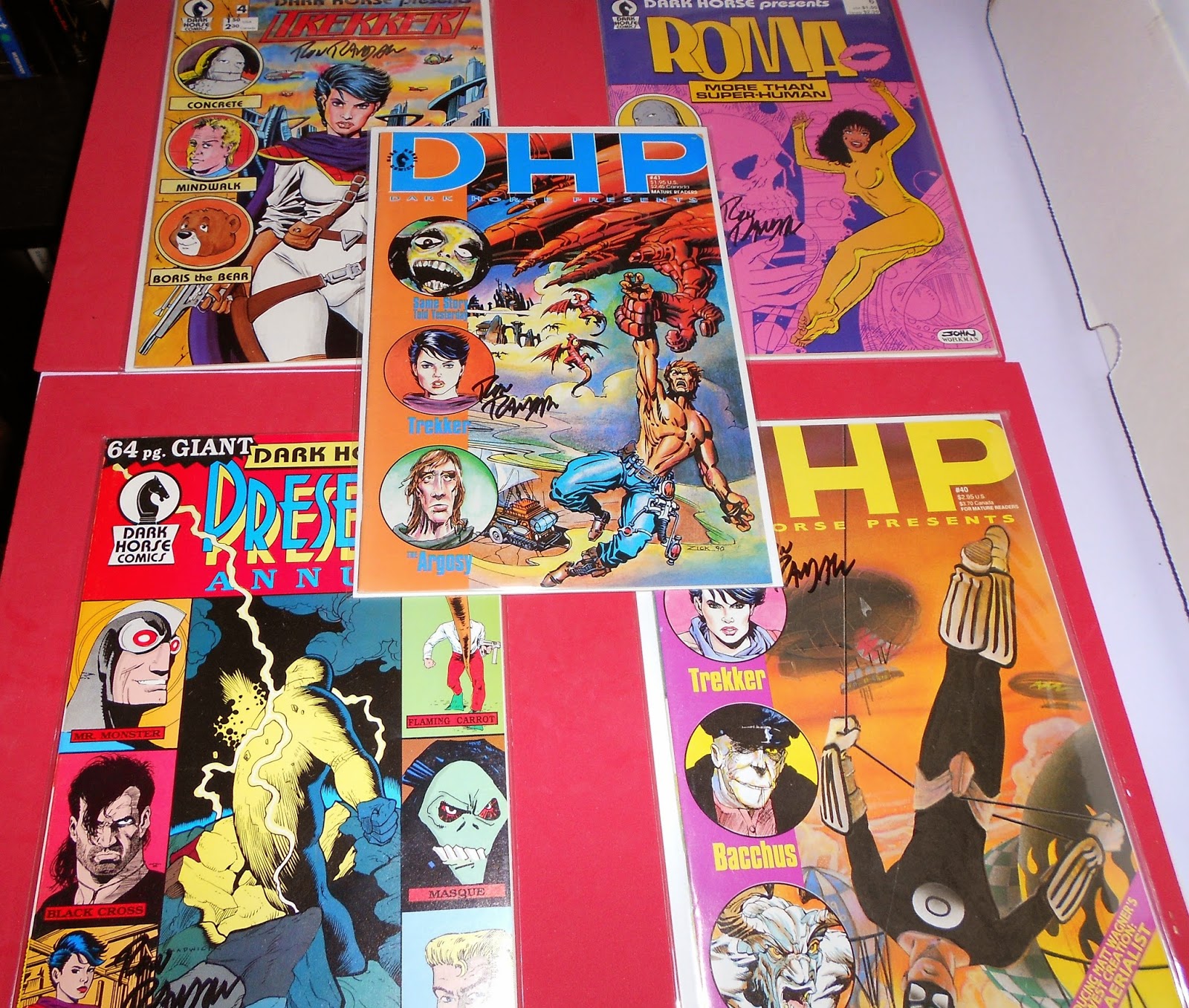 Last year at Stumptown Comic Fest, I was introduced to Ron Randall's Trekker and I've been a fan ever since. I've been picking-up the original Dark Horse Presents issues where Trekker was originally published. I already have the omnibus and The Train to Avalon Bay. From what Ron told me, it looks like Dark Horse is working to publish more Trekker and hopefully there will be a new trade soon. Ron was also kind enough to grade my copy of Avalon Bay with a sketch. 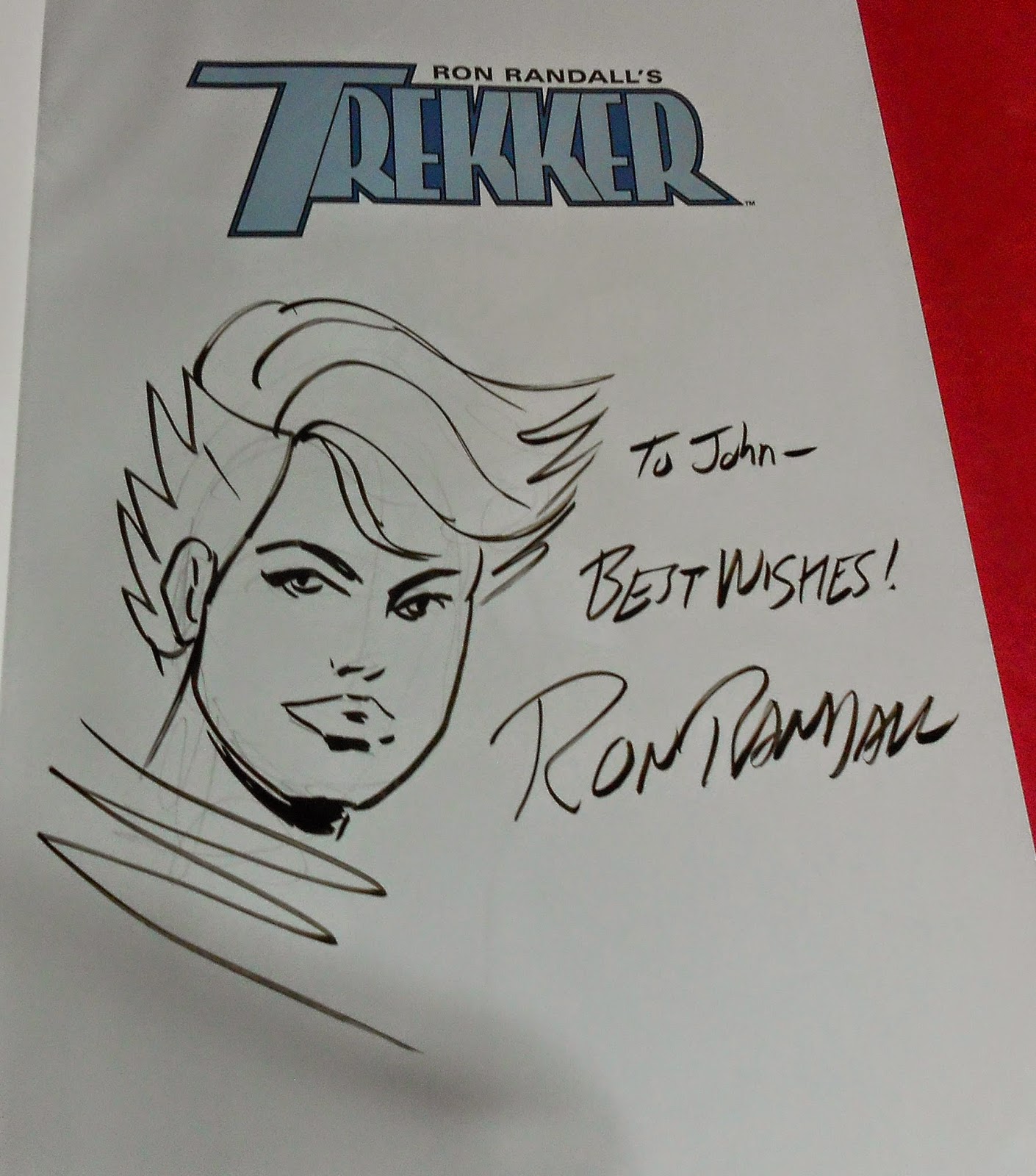 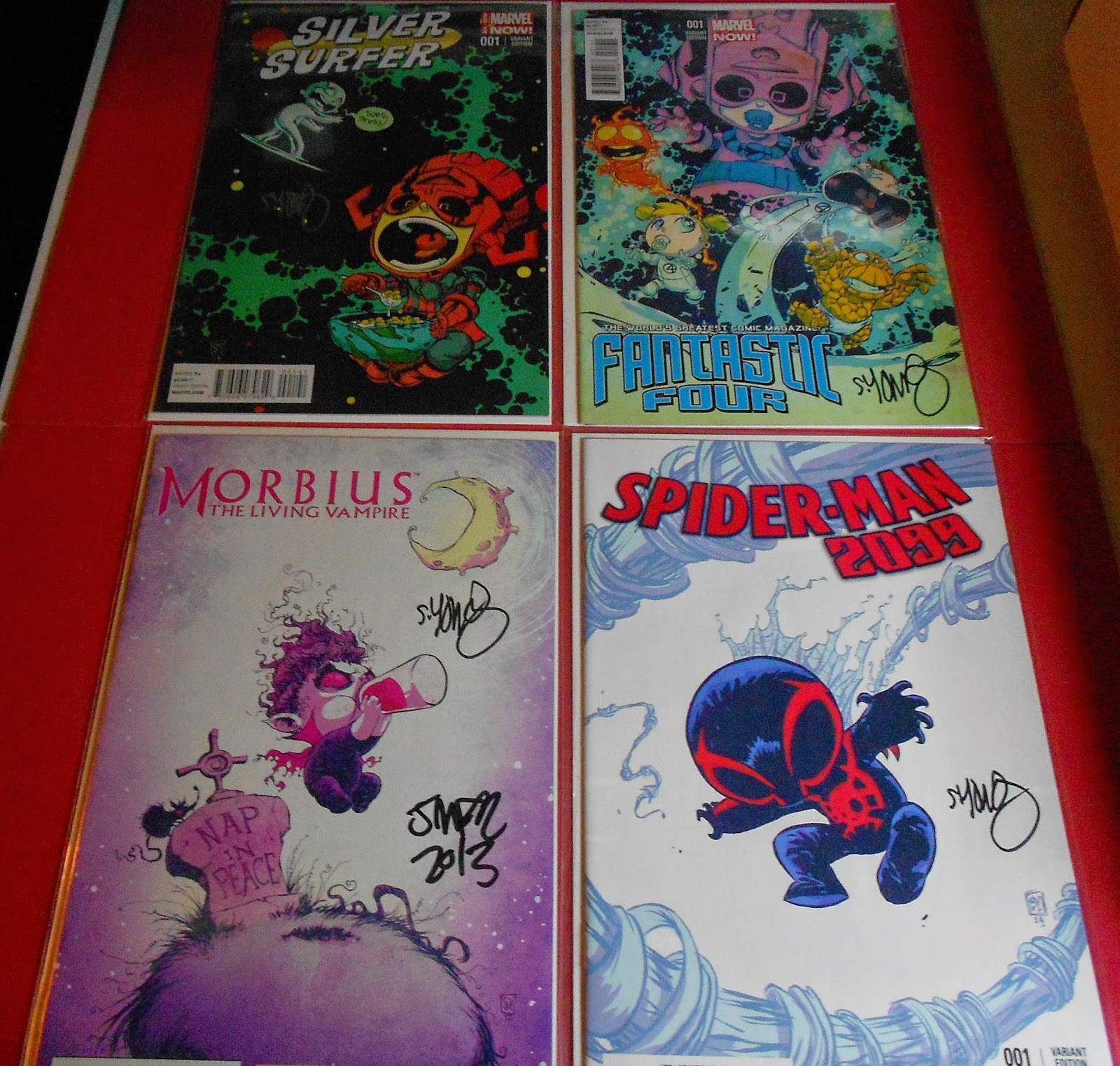 Ever since I first saw Skottie Young's baby variant covers, I have been drawn to his art. I'm not sure exactly what it is that makes me like it, but I know I do. I'm thankful that he was willing to sign the stack of books I brought. I hope that I might be able to convince him to help out with Comic Book Covers 4 Cancer. 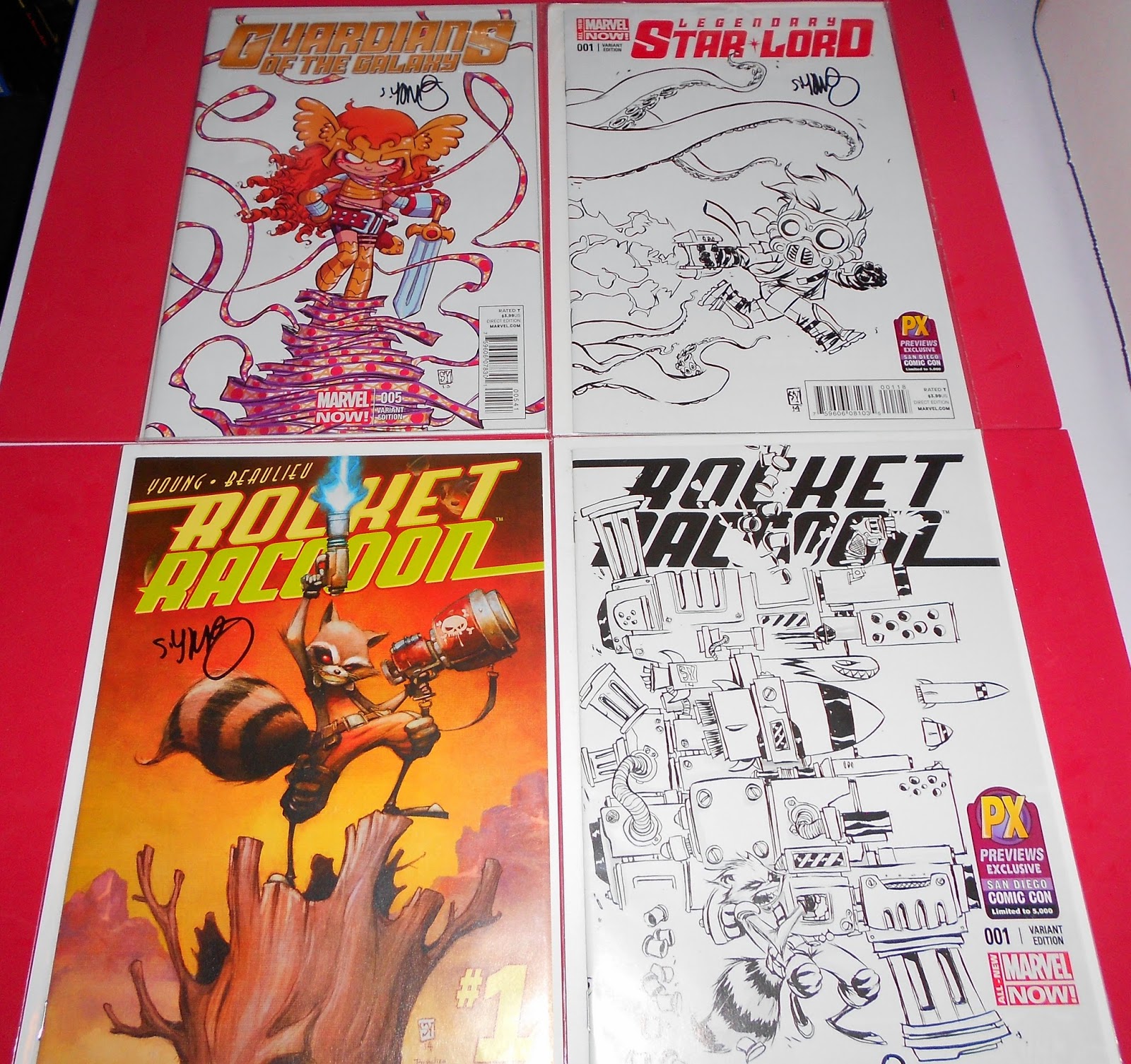 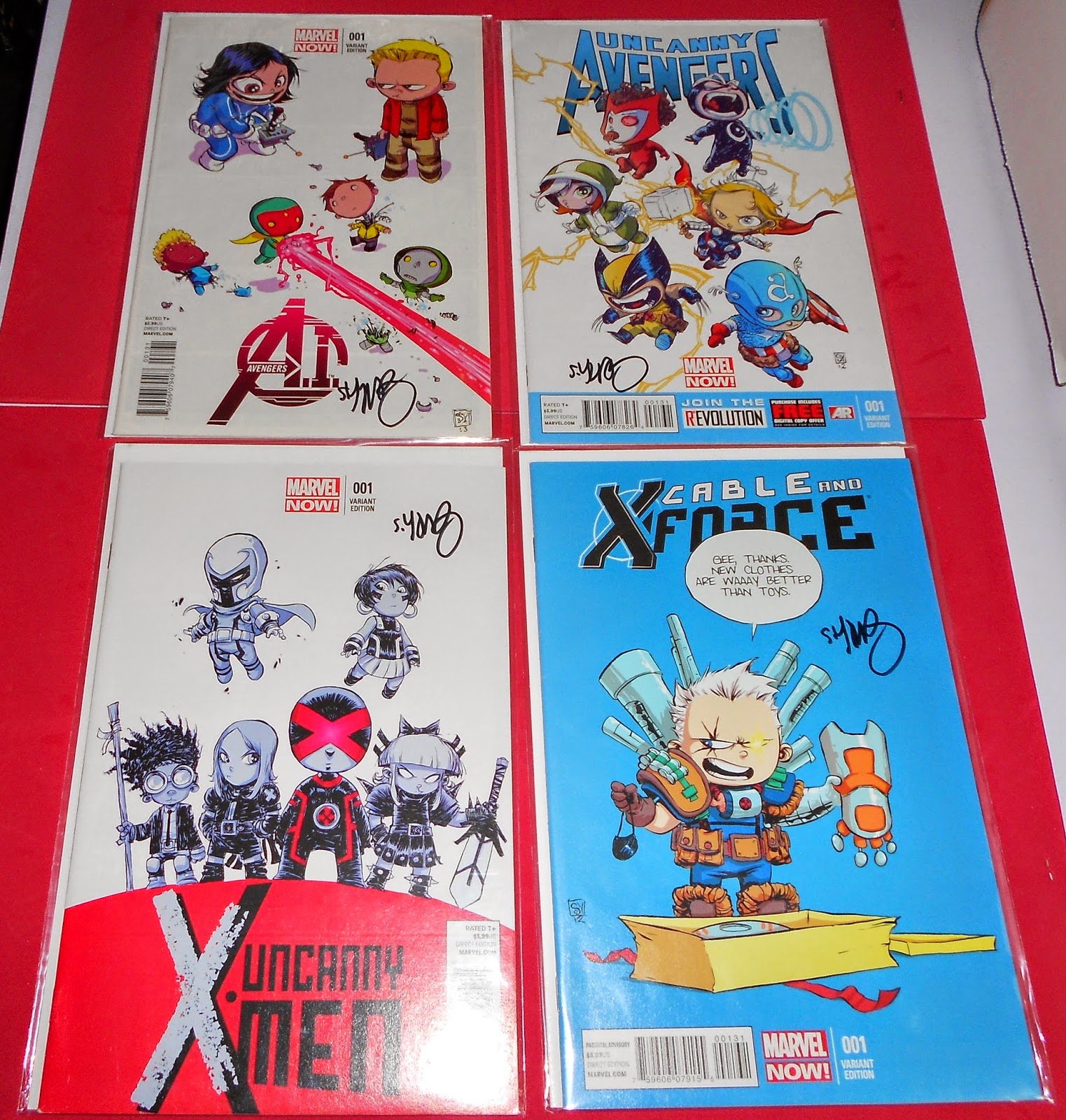 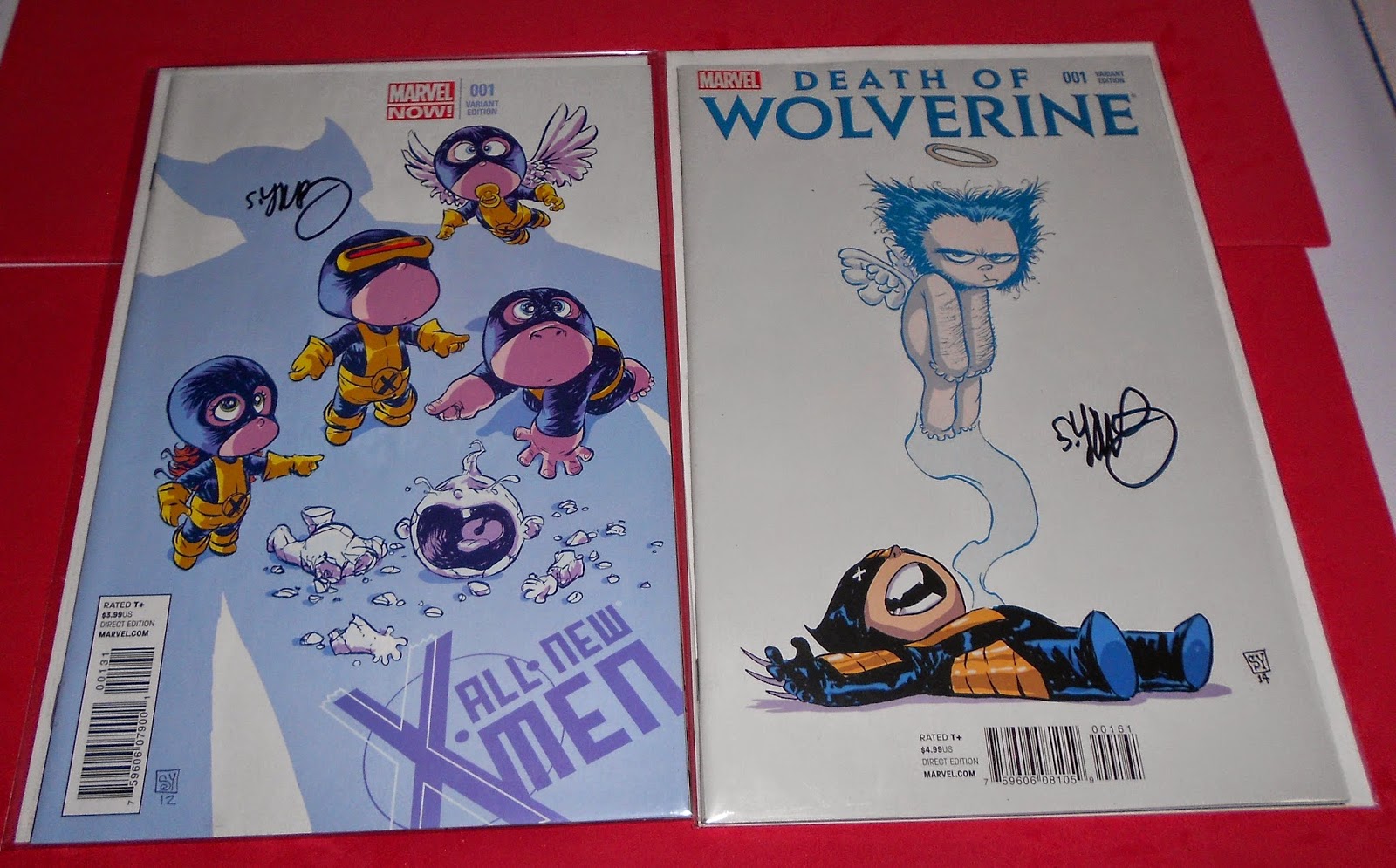 I had brought books for Kelly Sue DeConnick to sign, but not only did I not see her, I misplaced them while I was transitioning books from one bag to the next. I was really looking forward to getting her autograph on the 2 remaining Ghost books that she hasn't signed for me yet to complete her run on the series. It's a good thing she's local. Hopefully I'll be able to catch-up with her at a later con or a signing event at Things From Another World.

Posted by John "Zanziber" Rogers at 10:58 AM
Email ThisBlogThis!Share to TwitterShare to FacebookShare to Pinterest
Labels: Rose City Comic Con