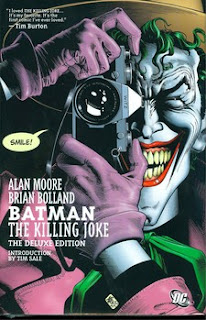 Since the very beginning, the Joker was there.

Batman's long-time nemesis has been, at times, a light-hearted prankster. Occasionally, he was a grim and murderous clown. More often, he's a maniacal psychopath without a recognizable moral code. He kills, or plays harmless tricks, on a whim. The only constants are his garish coloring, his unflagging smile and his obsession with the Batman.

But how did the Joker become who he is? Where are the roots of his madness? For those answers, ignore the trite origin given Jack Nicholson's Joker on the big screen. Instead, pick up Alan Moore's masterpiece, The Killing Joke.

This isn't a frivolous comic book by any stretch. Following on the heels of Frank Miller's grim The Dark Knight Returns, Moore's story sets a new standard for Joker tales. And it's not always an easy read -- the criminal's easy attitude towards death and his brutal actions towards several principal characters will make most human beings cringe a little while reading it.

It's all in the name of proving a point -- in this case, the Joker's theory that anyone could go mad if they had a really bad day.

The Joker's own background is explained through a series of flashbacks, excellently framed within the main storyline of the book. The images as old and new scenes merge and segue are well executed -- this would have been a brilliant model for the first Batman film.

The pre-Joker -- we never learn his name -- is a budding stand-up comedian. He's not very good at it, however, and he worries how he'll support his young, pretty wife and their baby, due in three months. So he reluctantly agrees to one criminal act, posing as the leader of the Red Hood gang to lead the real criminals through a chemical processing plant, where he once worked as a lab assistant, to the neighboring playing card company, which the gang intends to rob. (With this story, Moore very neatly pulls together several key elements of the Joker's origin as hinted at in early Batman tales. But Moore's version gets better and better.)

On the day of the crime, the nervous young thief-to-be is told by police that his wife was electrocuted in a freak accident. As if that shock wasn't enough, his partners in crime refuse to let him back out of the heist. So, already half-mad with grief, he proceeds as planned ... only to run into the city's new crime fighter, the Batman. His partners are killed and the faux Red Hood takes the only escape open to him, through the bubbling chemicals and into the river outside. The chemicals, as we all already know, had a major impact on the man's complexion.

The story is simple enough, but Moore builds the events with a dramatic flair matched by Brian Bolland's excellent art. Bolland in this book delivers some of DC's most definitive versions of the Batman, the Joker and Commissioner Gordon.

The Joker's very bad day is vague in his own memory. He knows something happened to drive him over the brink, but he no longer recalls exactly what it was. "Sometimes," he tells the Batman, "I remember it one way, sometimes another. ... If I'm going to have a past, I prefer it to be multiple choice."

So to prove his point, the Joker, newly escaped from Arkham Asylum, selects Commissioner Gordon. The unfortunate bystander in the plan is Gordon's daughter, Barbara, also known as Batgirl. She is shot in the stomach, severing her spine, stripped and violated in unimaginable ways (thankfully not directly shown to the reader), and left to die ... which she would have if not discovered by a friend joining her for an evening yoga class. As it is, we are told, she will be paralyzed for life.

Gordon, meanwhile, is brutally beaten and degraded. His senses are assaulted with a wild array of strange sights and characters, and he's forced to view photos of his daughter's plight.

The Batman, meanwhile, is tearing apart the underworld in an attempt to find his friend. He needn't have bothered; the Joker issues him a personal invitation to witness Gordon's final humiliation. But the commissioner is made of sterner stuff than the Joker believed, and the Batman isn't in the mood for jokes.

It's here we learn that the proper sound to make when hit over the head with a large piece of wood is "HHUT," and the realization you're about to be punched very hard by an angry vigilante is "FUHHH." The appropriate response to being knocked through a wall is "UNNF."

The interaction and character development in this book is some of the finest DC has ever produced, and the artwork is a credit to an excellent tale. The complex relationship between hero and villain, and the inevitable path it must follow, has never been explored as well as Moore has done here, and his (the Joker's) discourse on the human condition is thought-provoking, to say the least. The only flaw in the entire book is on the very last page; given the circumstances, and knowing what the Joker has done to both Jim and Barbara Gordon, I don't believe the Batman would have found the joke even slightly funny. 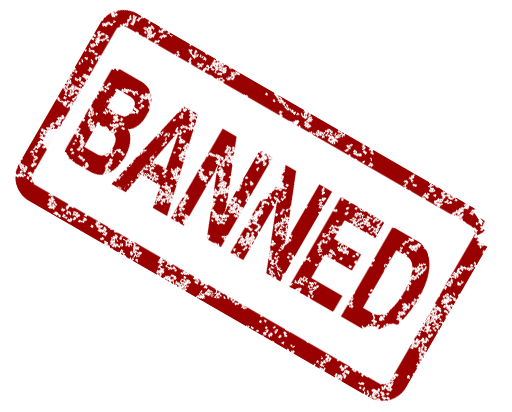