For many people who collect comic books, signatures add to the personal value of an individual issue. There are also those who feel that unless you go through a professional grading service like CGC or PGX to authenticate and encapsulate your comic, so many people believe that a signature doesn't add anything, but rather detracts from the potential value.

I am personally of two minds about getting my books signed by authors, artists or someone simply related to the book in my collection. I have included several pics and scans of comics I have in my collection that are signed. 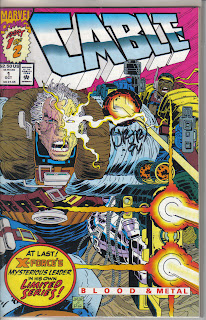 Signed by John Romita, Jr. at a Portland Comic Book Show in 1994. At the time, autographs from artist's of Romita's caliber were $0.25 each, with all proceeds going to charity. This was the first time I got a chance to actually chat with an artist whose work I was not only familiar with, but was also a fan of. 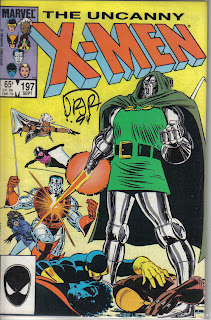 Signed by John Romita, Jr. at the very same comic show. With the increase of comic cons in the pacific northwest, I wonder what the chances are of having Romita come back? My inner child yearns for this day. 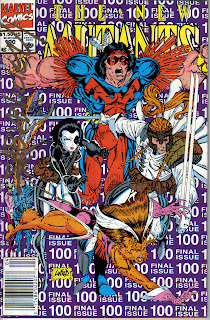 Signed by Fabian Nicieza at a Portland Comic Book Show. As with John Romita, Jr., it was great to meet and chat with Nicieza. Just as I liked Romita's art, so to did I appreciate Nicieza's writing. 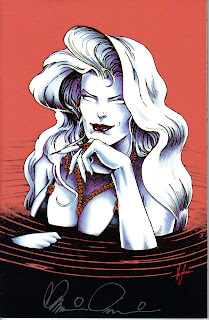 
Signed by Brian Pulido at an Emerald City Comic Con. Unfortunately, I don't have any special memories around this signature. When I couldn't attend, I sent a box of comic to a friend to get them signed. As much as I value Pulido's signature on this specific issue, I wish there was a story behind it similar to what happened at ECCC 2012.

I'm thankful that I was able to connect with Pulido in 2012. To me, it makes up for not being able to meet him when this specific issue was signed. 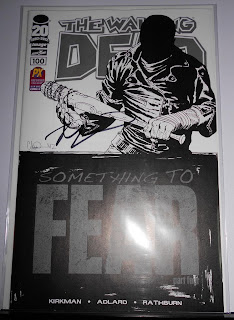 Signed by Robert Kirkman at San Diego Comic Con. This is actually a comic that I purchased at Wizard World Portland 2013 and don't have a good story about meeting Kirkman. In 2012, he was at ECCC... but every time I passed the Image tables, he was nowhere to be seen. Although this was a great find for me, that is the sum total of my memories for this specific issue. 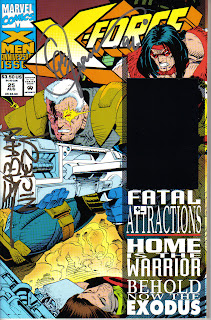 Signed by Fabian Nicieza at a Portland Comic Book Show and then later signed in 1996 by Greg Capullo at a comic book show in Seattle. This show was very memorable because Capullo and Todd McFarlane were doing promo's for the Spawn cartoon on HBO. There's a funny story about how I first met Greg, that I promised that I would never tell again. 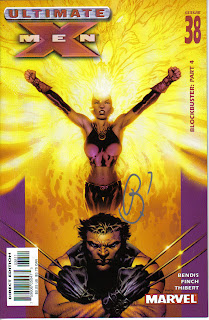 Signed by Brian Michael Bendis at the same Emerald City Comic Con that Brian Pulido was at. This was part of the box of issues I had my friend take to get signed. To date, I have not had the chance to meet Bendis personally. I'd like to. 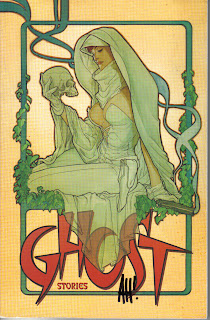 Signed by Adam Hughes at the first Emerald City Comic Con I attended... I believe it was in 2006. I remember this well because there was a small line at his table in the morning before he actually "opened" to do signings. His assistant mentioned that it was the first time that had happened. Hughes is one of my favorite artists and when Ghost was first released, it was part of my monthly pull list at my LCS. 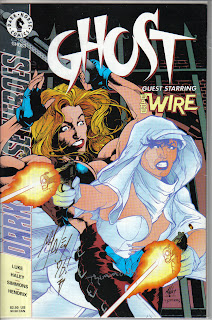 Signed by Matt Halley and Tom Simmons at the Portland Comic Book Show in 1996. A crossover with Barb Wire and Adam Hughes didn't do the art. As much as I like this issue, I really believe that Hughes would've made a deeper impact by adding his art.

I remember buying my first print from Halley. It was of Gambit from the X-Men. I still have it in an old photo album.

Signed by Brian Michael Bendis and Alex Maleev at the Emerald City Comic Con that I was unable to attend. While I'm not a huge fan of Maleev's work, I do like how he drew Black Widow for this cover. 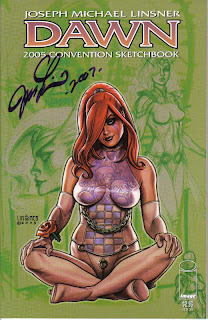 Signed by Joseph Michael Linsner at the Emerald City Comic Con in 2007. I know that I wasn't at this particular ECCC but I don't recall if this was the same year that Brian Pulido and Brian Michael Bendis were there. Love to meet Linsner in person some day. 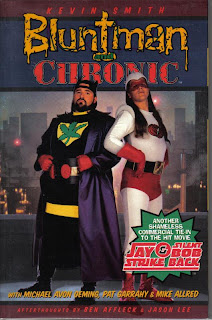 Signed by Mike Allred at a Portland Comic Book Show. Even though I can't remember the year, I do remember that I had a table there and was actually selling and I sent my wife (at the time) to get signatures while I tended to the table. This was the year that the show was actually on the floor of the Memorial Coliseum instead of the exhibition hall where it normally was. 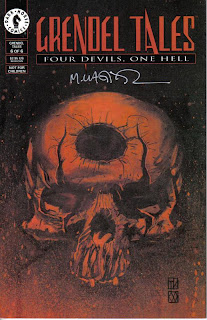 Signed by Matt Wagner at a Portland Comic Book Show. I think this may have been in 1996 because I want to believe that it was the same year that I went to Seattle and met Greg Cappulo. I'm not entirely certain, but as a long time fan of Grendel, it was incredible to finally meet Wagner.


I guess the key takeaway from this is that no matter if you feel that signatures add a monetary value or not, each one contains a story of how the signature was obtained and/or came to reside in your collection. I know people who, like me, appreciate the story behind the signature. There are also many who prefer to "insure" their investment in a signature by having the comic graded and the autograph officially certified. As a collector and as someone who occasionally sells comics, I can respect that. For me, I only have 1 issue that I've had signed and graded: 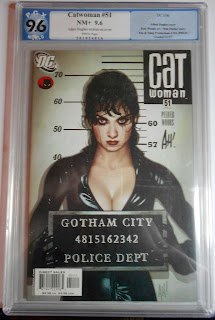 Signed by Adam Hughes at Emerald City Comic Con. This is by far my favorite cover. I even bought a large print of this also signed. If I had enough money, I would probably have more of my signed issues graded to keep them safe. This specific issue means a great deal to me and it holds a special place in my collection.
Posted by John "Zanziber" Rogers at 6:40 AM
Email ThisBlogThis!Share to TwitterShare to FacebookShare to Pinterest
Labels: Opinion